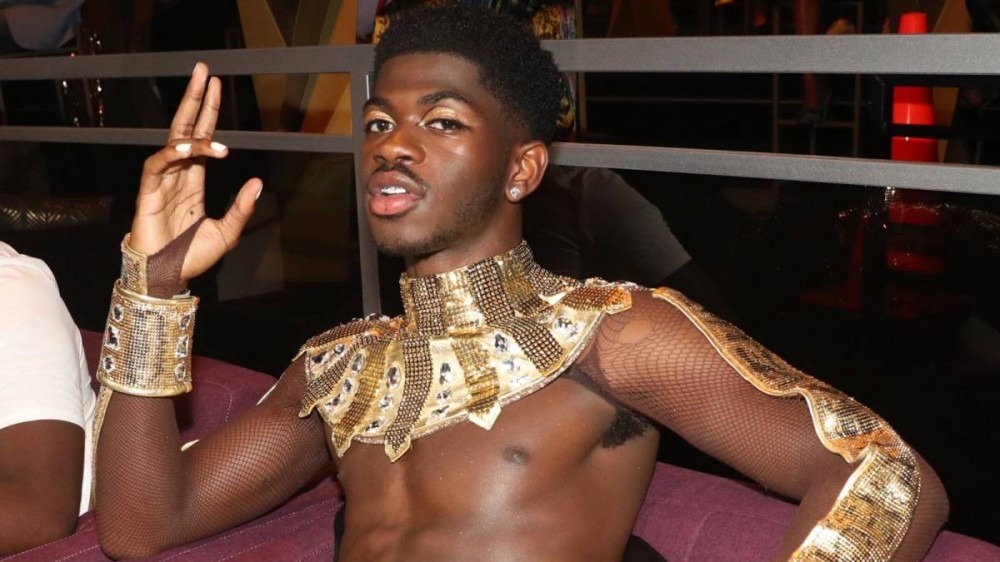 The 2021 BET Awards were held at the Microsoft Theater in Los Angeles on Sunday night (June 27) and featured several jaw-dropping moments.

Early in the evening, Migos performed “Straightenin” and “Type Shit” off Culture III, then shocked the audience when Cardi B emerged with her very pregnant belly. When it was time for Lil Nas X to take the stage, he pulled out all the stops, executing a rendition of “MONTERO (Call Me By Your Name)” in honor of Michael Jackson.

Much like the King of Pop’s 1991 hit “Remember The Time,” the performance boasted an Egyptian theme with Lil Nas X sporting an Egyptian headdress and gold attire. But it was the passionate kiss with a male dancer at the end that caught Diddy’s attention — along with the rest of Twitter. Shortly after Lil Nas X exited the stage, Diddy hopped on Twitter to applaud the Grammy Award-winning rapper for his courage.

As for Lil Nas X, he was met with both praise and criticism from the general public. Of course, the negativity is nothing he can’t handle. The “Old Town Road” breakout star has been the recipient of plenty of homophobia since he came out in June 2019.

When someone who evidently didn’t appreciate the salacious gesture tweeted, “DONT USE AFRICAN CULTURE FOR SHITS LIKE THIS!!!! RESPECT OUR ANCESTORS,” Lil Nas X replied, “y’all really like to pretend homosexuality didn’t exist in african culture.”

But Diddy wasn’t off the hook either. He faced an onslaught of gay jokes for supporting Lil Nas X until he was a trending Twitter topic. But for someone who legally changed his middle name to “Love,” there’s a sense Diddy isn’t worried about all the hate flowing his way. After all, June is Pride Month and Lil Nas X’s stunt was well-timed.

you bout to fly him out huh? pic.twitter.com/ksCvN8ajdr