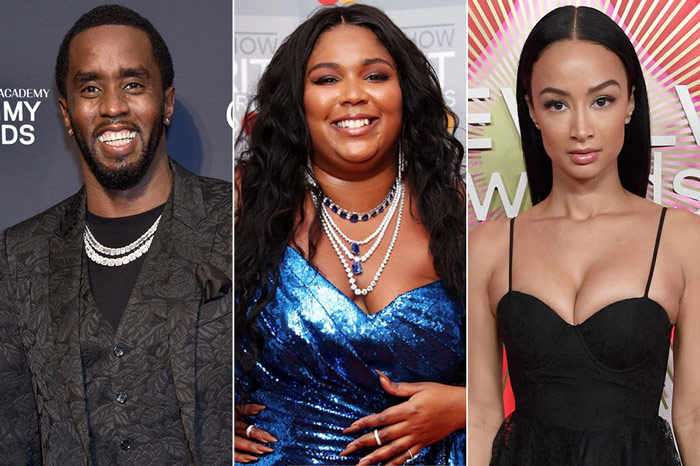 Diddy hosted his star-studded Dance-A-Thon on Easter Sunday. The marathon dance fundraiser, which benefitted COVID-19 relief efforts, ran throughout the day with appearances from music’s biggest stars including Drake, Cardi B, Megan Thee Stallion, and Lizzo.

The Grammy-winning rapper joined Diddy and his family while dancing to Moneybagg Yo’s “123.” Lizzo had just started twerking before Diddy stopped the music. “It’s Sunday, let’s play something a little family friendly,” he told the DJ.

But the twerking rules didn’t seem to apply when Draya Michele showed up. The model-actress showed off her moves to Juvenile’s twerking classic “Back That Azz Up” as Diddy and his sons looked on. But this time, he didn’t shut her down.

After receiving backlash for his perceived double standard, Diddy later addressed the twerking controversy. “There’s one thing I want to make clear. My queen, my sister Lizzo. When I stopped the music, it was because it had a lot of curses in there, not because she was twerking,” he told viewers. “She’s one of the best twerkers in the world. So let’s keep that clear. It wasn’t about twerking. You’re allowed to twerk on Easter.”

He claims it had more to do with the song choice. “It was a lot of cursing in the record and I don’t need child services knocking on my door right now, ya understand? That’s why I stopped the record,” he said, adding, “But Lizzo, we love you.”

During Sunday’s Dance-A-Thon, Diddy was also joined by Jennifer Lopez, Cardi B, and Drake, who danced to “Toosie Slide” while streaming from his basketball court in Toronto. Despite the twerking controversy, the livestream was a huge success, raising over $3.7 million to aid Team Love and Direct Relief’s COVID-19 relief fund.

#TSRClearTheAir: #Diddy clarifies why he brought a quick stop to #Lizzo’s Easter twerk during his dance-a-thon yesterday. He said it was the song choice, and they needed to just find a song that was more family friendly!!