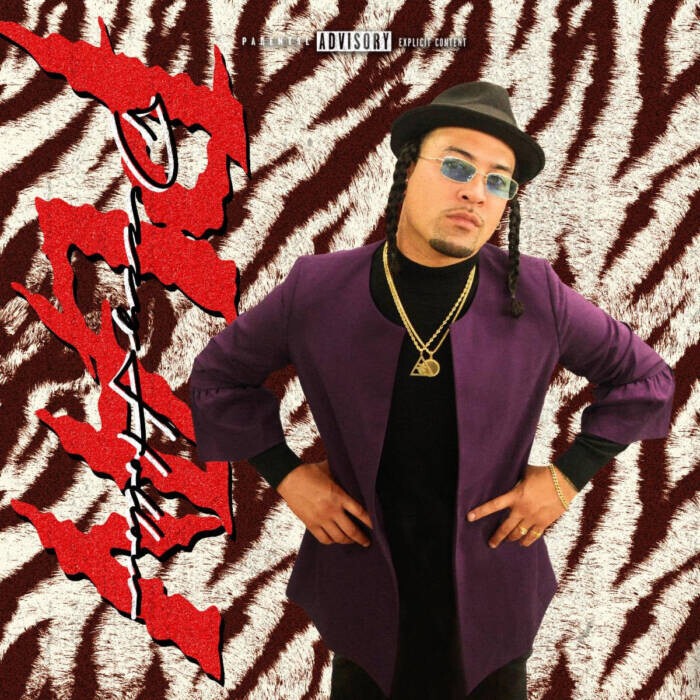 Behind tinted sunglasses, wearing a fedora and full length fur coat, Dezzy Hollow continues to channel pure West Coast G-Funk in his newest visual to “Play.” “Play” is the third record released by Dezzy this year and gives a further look into what can be expected from his upcoming project “One Nation Under the Funk,” which is set to drop later this month and boasts features from the OG WC (Dub-C) and the “pimp from Pomona” Suga Free. “Play” has been released just days before Dezzy’s upcoming performance at the long awaited return of the Los Angeles GFunk Fest, where he will share the stage with other West Coast talents such as Doggystyleeee and the late legend Nate Dogg’s son NHALE.
Dezzy’s natural ability to reimagine the classic hits is unparalleled. For “Play” Dezzy draws on vibes reminiscent of Tha Dogg Pound’s 1995 “Let’s Play House,” while intermingling his own Oceanside flavor. Through a vignette filter the video opens as Dezzy’s day begins with his mesmerizing companions waking up and lounging on the deck as he brings them coffee. The day turns as stills and “home video” of Dezzy playing house lead into the palm tree-lined twilight where he takes his ladies on a lowrider cruise down the 5 freeway and into the twinkling city lights.
When it comes to breaking from the traditional while paying homage to his roots Dezzy is unmatched. His drive and consistency in delivering perfectly curated projects has put Dezzy in a lane all his own. With an already exceptional catalog and the continued release of cinematic visuals, it is no doubt “One Nation Under the Funk” is an album to look forward to.
CONNECT WITH DEZZY HOLLOW
Instagram | Twitter | Facebook | Spotify | Youtube