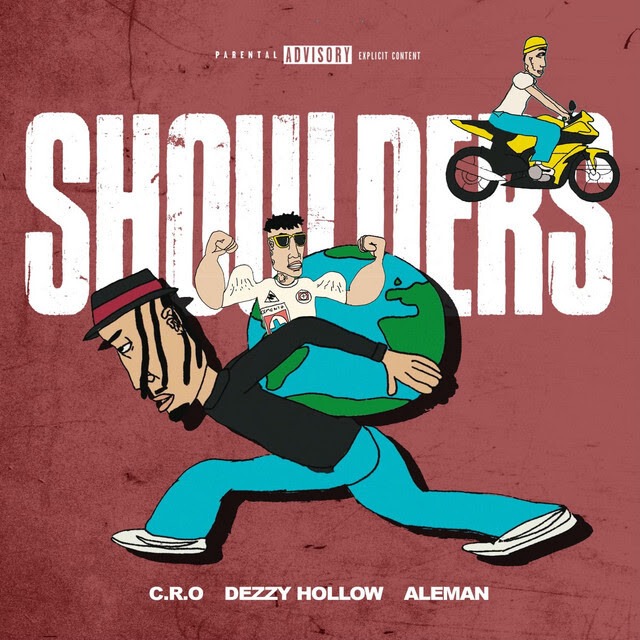 Dezzy Hollow kicks off 2022 with the video to his first single this year “Shoulders” which features Mexican trap star Alemán and Argentinian Hip-Hop artist C.R.O. Alemán is a Cabo San Lucas native best known for his hit singles “La Doble Rimaldita” and “Rap Phenomenon” and recently collaborating with Gerardo Ortiz to remix the chart topping corrido “Tranquilito.” C.R.O is an ex-freestyler and Argentinian ‘trapero’ who is signed to MDB Crew. Dezzy, being Mexican and Pacific Islander while born and raised in Oceanside, perfectly melds each of their sounds together in this international collaboration.
The video is an animated production by Rob Davies and was released under the independent label MadStrange, which Dezzy is a part of. The track was produced by JRolz, an engineer and producer who Dezzy also collaborated with for his “I Got Luv” track featuring Chicano rap legend Lil Rob which was released late 2021.
The video sets about in a 1964 Impala Convertible with the top down, a cartoon Dezzy is joined by Alemán and C.R.O as they cruise down the palm tree lined highway. As the beat drops so does Dezzy as he impeccably delivers the first verse, smoothly switching his flow before transitioning to Alemán’s. A cartoon airplane shoots from the coast of Cali to Mexico while Alemán jumps right in, including a line stating “cargo el barrio en mis hombros,” a play on Dezzy’s line “I got the world on my shoulders.” The visual includes cartoon video vixens, creative transitions and the personification of lyrics that work perfectly with the animated nature of the project. Dezzy closes out this video with a preview to his new song, set to a visual clip from from his classic track “22’s.”
CONNECT WITH DEZZY HOLLOW
Instagram | Twitter | Facebook | Spotify | Youtube