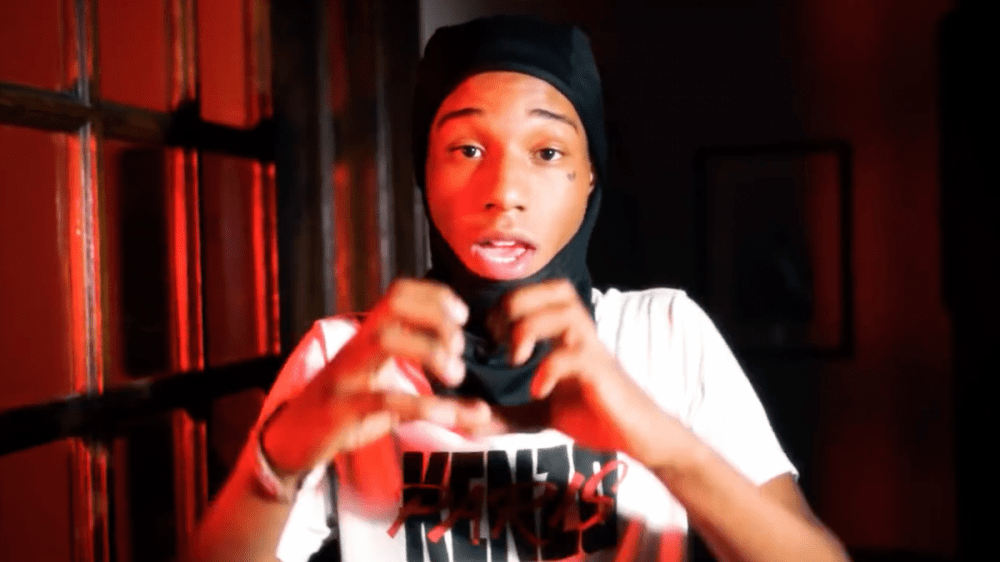 Detroit rapper Lil Mello was charged with being a marijuana user in possession of a firearm on Thursday (August 19) after being arrested two days earlier, according to The Detroit News.

Real name Romello Johnson, the 19-year-old is being held without bond pending a hearing in federal court on Monday (August 23). The gun in question is a pistol painted with an American flag that he’s accused of showing in a music video and on social media.

Detroit Police Department investigators raided a home in the 19500 block of Fairport Street on Detroit’s east side on Tuesday (August 17). Court records show an officer spotted Lil Mello across the street in the backseat of a silver 2007 Mercury Mariner.

According to an affidavit, the officer saw “a magazine and grip of a firearm sticking out of a brown paper bag.” Police discovered the gun with the American flag design and arrested him due to being ineligible to obtain a concealed pistol license at his age.

Investigators found photos of Lil Mello with the firearm on his phone, along with videos of the pistol in his waistband while holding a baby. The gun was also spotted in his music video for “Baxk to Pressin,” which was released in July and has over 85,000 views.

During an interview on Wednesday (August 18), he admitted to showing the firearm in music videos and smoking marijuana every day since he was 14. An ATF agent wrote, “Johnson stated he has free and ready access to the subject firearm anytime he wants to possess it. Johnson denied owning the firearm.”

Lil Mello has over 27,000 Instagram followers, with his biggest song “Feel Like Bart” totaling 450,000 since its May release.

In addition to the latest arrest, he’s also facing charges in Las Vegas for the armed robbery of a marijuana dealer, with the rapper accused of stealing a gun from the victim.