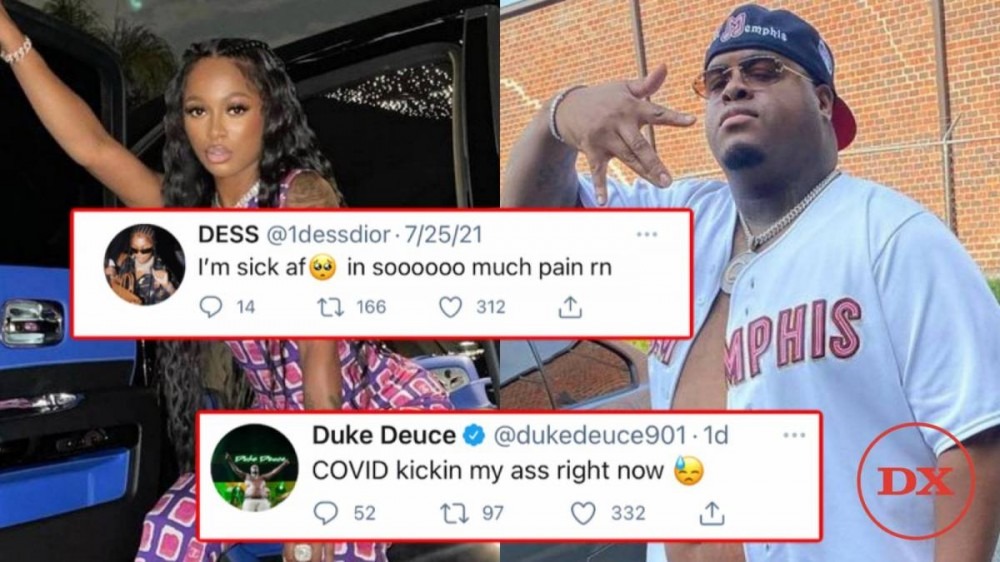 Miami, FL – In the days following Rolling Loud Miami, performance artists such as Dess Dior and Duke Duece have publicly complained about the harsh after-effects of contracting COVID-19 during the festival.

According to reports from NBC Miami, Florida’s COVID-19 cases surged with over 110,000 new infections reported during the week ending Friday (July 30), the week following Rolling Loud.

In a series of tweets on Sunday, hours after the two-day festival took over Miami July 23 and 24, Dess Dior expressed her concern with the overwhelming symptoms she was dealing with after taking the stage on Friday.

“I’m sick af in soooooo much pain rn,” Dior wrote in the first tweet before expressing doubts about contracting the virus.

“I don’t think I have Covid but ima get tested to be safe,” she continued.

Hours later, Dess Dior dropped a bombshell on her timeline while providing her fans with a status update.

Update: I tested positive for Covid & everybody who’s been in contact with me should go get tested asap. https://t.co/58rRj8DFhG

It’s not just Dess Dior, though, that ended up catching the COVID-19 bug during their appearances at Rolling Loud.

Quality Control rapper Duke Deuce revealed on social media he had contracted the virus too, sometime during his journey to South Beach for his crunk solo set, which included a rowdy encore and a guest appearance from Rico Nasty.

The Memphis native, who is also a family man and lives with his young children, also shared a glimpse into his self-quarantined homelife struggles on Instagram with a heartwarming video of his daughter who wanted to nurse him back to health with love.

“My baby said ‘I made my decision. I want to be sick so I can be with you’,” Duke Deuce wrote in the video clip featuring his daughter batting her puppy eyes at the camera.

After the pandemic curbed all 2020 iterations of Rolling Loud’s colossal music festival, this year’s return was eventful enough to make up for the lull in action.