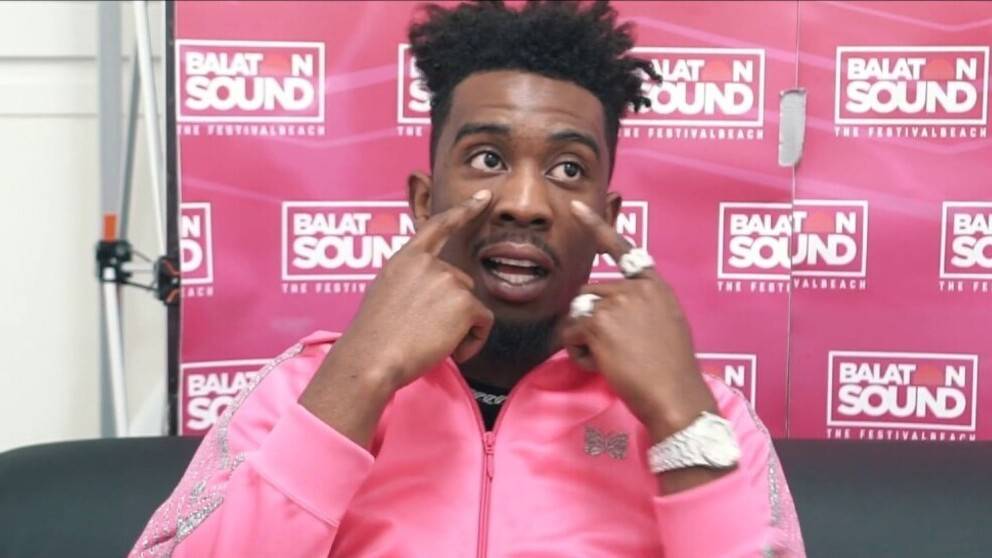 Desiigner had a pretty intense exchange with the Los Angeles Police Department after he got pulled over on Wednesday (June 1).

According to TMZ, the “Panda” rapper was reportedly pulled over for driving without a license and for his tinted windows. He was then caught on camera telling off the cop who had the audacity to stop him in his tracks. The cop being scolded can be seen with his pepper spray pulled, but it doesn’t phase the 25-year-old rapper. He proceeds to call the officer a “racist bitch,” and while a lot of the exchange can’t be made out clearly, Desiigner can be heard at one point saying “I got money all fucking day.”

He then notices a person filming the encounter, which prompts Desiigner to remind him who he is. “You know who I am right? Desiigner. Panda,” he says.

Sources told TMZ the officers ended up calling for backup, and the additional officers spoke to Desiigner to help diffuse the conflict, and the rapper ended up signing his ticket and moving right along.
Desiigner has been hard at work on the music front since his tense departure from G.O.O.D. Music in 2019. He recently dropped the visual for his single “Bakin’,” which featured the last video appearance of the late comedian Bob Saget, who passed away unexpectedly in January. DJ Whoo Kid explained Saget’s cameo to Rolling Stone, explaining how the comedian’s appearance impacted everyone on set.“We needed a chef for the video and I remember thinking, ‘Who the fuck is gonna be the chef who can make it weird?’” Whoo Kid said. “Then immediately I thought ‘Bob Saget!’ Nobody on set believed me when I said he’d come until he actually drove up and rang the bell, like this was a Full House episode. When you have rappers pull up for videos, they bring a Maybach, or rent a Lambo, they show off. He shows up and parks his Lexus on the grass and comes in looking like a dad.”