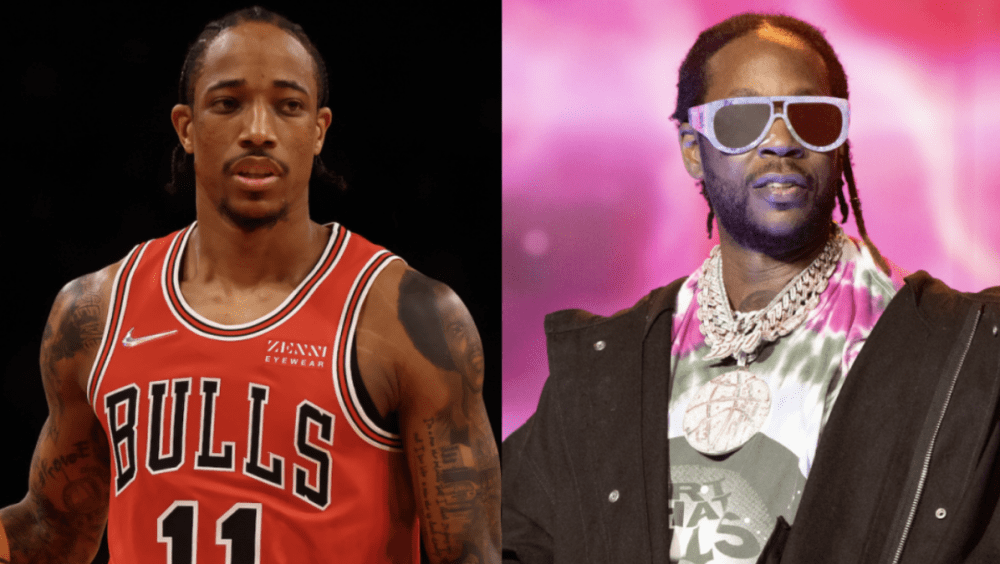 Atlanta, GA – 2 Chainz already stunted on everyone by showing off his decorated Air Jordan collection earlier in December, but he’s got another pair to brag about and it’s about as rare as one could get.

Tity Boi was courtside for the Atlanta Hawks and Chicago Bulls game at State Farm Arena with his son, Halo, on Monday night (December 27).

Following the contest, he caught up with Bulls star DeMar DeRozan, who gifted 2 Chainz his game-worn kicks right off his feet and autographed the pair for the Atlanta rapper.

It was a star-studded affair as Cardi B and Offset were also both in attendance. Cardi, who was recently named Playboy’s first Creative Director in Residence, was seen sporting a Playboy bunny-inspired chain, along with “Kulture” hoop earrings and a Gucci x The North Face green winter coat.

The Bulls ended up downing the Hawks by a score of 130-118. DeMar DeRozan continued his All-Star season by pouring in 35 points to lead the team, along with 10 assists and five rebounds.

2 Chainz isn’t the only rapper to receive a post-game gift from DeRozan. The Compton native caught up with Freddie Gibbs in November, where the USC graduate gave his game-worn jersey from a Bulls vs. Nets game in Chicago to Freddie Kane.

Watch the Bulls-Hawks highlights below.