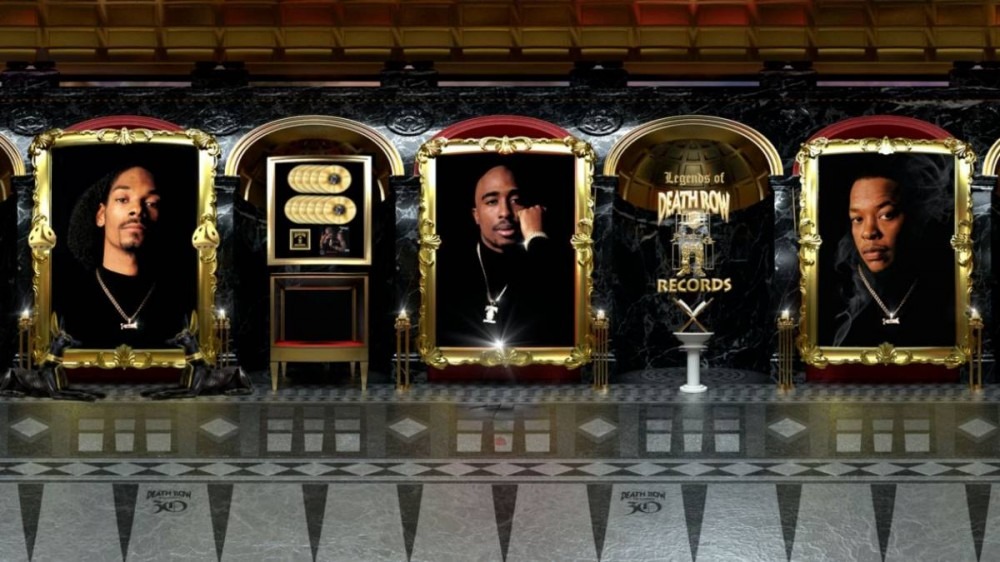 As Death Row Records continues its 30th anniversary celebration, the iconic Hip Hop label has launched a new virtual museum. According to a press release, “The Death Row Experience” went live on Wednesday (May 12) and includes the story of the imprint’s rise to notoriety as well as the history of their legendary artists and albums.

Thirty “easter eggs” to celebrate 30 years of history and several NFTs will also be included in the exhibit. Fans will be able find rare collectables that link to album liner notes, medallions that redirect to NFT’s, three old school pagers with real phone numbers and more. In addition, fans are encouraged to participate in the virtual museum by uploading their own photos and videos to commemorate the anniversary of their favorite Death Row artists from concert photos, videos and old ticket stubs.

eOne’s EVP & GM, Music Sean Stevenson said, “Death Row is one of the most influential labels in hip hop. 30 years later, its musical legacy continues to make an impact in music and beyond. We are excited to celebrate this anniversary and highlight the label’s seminal albums and accomplishments throughout the year.”

New features, easter eggs and virtual buildings will be added on the 30th of each month for the remainder of the year as Death Row continues to unlock content. In the virtual museum, the button on the bottom left corner that has the directory includes shaded areas in black that remain closed until unlocked later.

“It’s been an honor and pleasure to work with Death Row Records, bringing its incredible history to the web in virtual reality for the first time,” TillaVision, the technology company behind the museum, said. “We’re laying the groundwork for infinitely explorable space fans can enjoy their favorite Death Row Records music and memories.

“We’ve gamified the site by adding a scavenger hunt and incorporated NFT sales, exclusive merch, and even working phone lines that fans can call. We created the Death Row experience to honor the artists and entertain the fans. Enjoy this first look into the expanding Death Row virtual universe.”