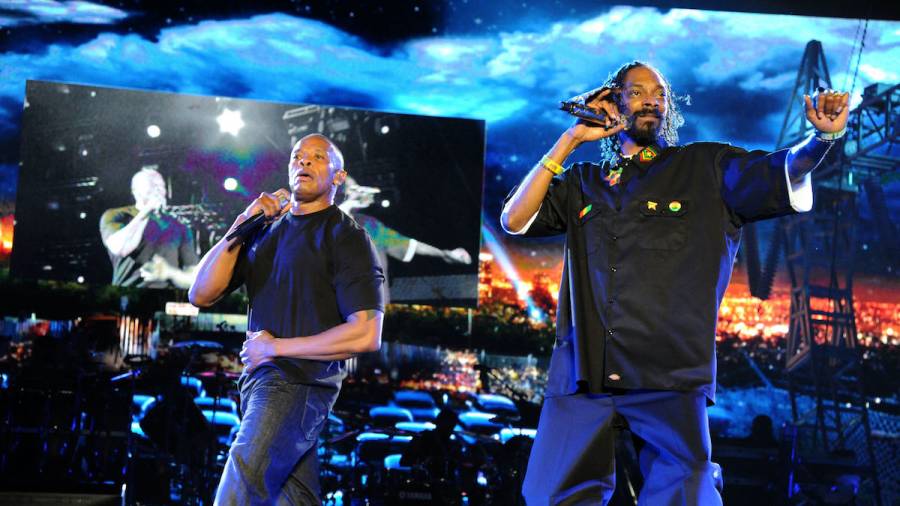 Death Row Records is approaching its 30th anniversary in February 2022. Ahead of the significant milestone, label co-founder John Payne has been reflecting on his time there. During a recent interview with HipHopDX, Payne explained how Compton’s Most Wanted was actually behind the imprint’s iconic name and weighed in on Suge Knight’s reputation as rap’s “boogeyman.”

But at the same time, Payne also looked back on Death Row’s early days, before it was enveloped by controversy and marred by the 1996 murder of 2Pac, Knight’s incarceration and Dr. Dre and Snoop Dogg’s departures.

In 1992, Dr. Dre and a 19-year-old Snoop (then known as Snoop Doggy Dogg) teamed up for Dre’s first post-N.W.A single, “Deep Cover (187),” which was included on the soundtrack for the Larry Fishburne film Deep Cover.

“Deep Cover” also introduced the world to the smooth stylings and effortless rhyming of Snoop Dogg and marked his first time on a record. It even inspired Fat Joe and Big Pun to do their own East Coast version, “Twinz (Deep Cover 98),” years later.

“I mixed ‘Deep Cover,’” Payne tells HipHopDX. “When Bill Duke or some of the people in the production team would say, ‘OK, this is the scene where we got so and so,’ I’d call in Jewell and Lady of Rage. I was calling the people from the Death Row side to come and put it all together, that’s why I mixed it. You’ll see in the credits, they also thanked me from the film side.

“That was a very, very good thing because it introduced the label and its artists prior to The Chronic; it was a good look. And before there was any nonsense, I can honestly say this, with that Deep Cover soundtrack, people on the East Coast, everybody was digging it. It was a very good introduction for Snoop. I give credit to Colin Wolfe and Eric Borders who did the track, to Dre with his obvious talent, to Snoop for writing that and just everything coming together so well.”

The video for “Deep Cover” included snippets from the film and immortalized a young Dr. Dre and Snoop Dogg in that moment of time. Eight months later, Dr. Dre would release his multi-platinum solo album The Chronic and the G-Funk era was officially on.

“It’s cool to be part of that history and to see where we were just two years later,” he says. Here’s The Chronic and all that stuff. [‘Deep Cover’] was the perfect planting of the seed for Death Row. When The Chronic came out, people were expecting something good. It wasn’t a case of being preconditioned, but they knew now there was no need to completely have to introduce Snoop or Dre or some of the others. So when they saw that, it was good.”

Much like N.W.A did with their brazen “Fuck Tha Police” anthem, Dr. Dre and Snoop didn’t hold back when it came to their lyrical content. When they spit “Nuthin’ But A G Thang” or “Lil’ Ghetto Boy,” they meant every word. It was their truth and how they saw things in their Compton neighborhoods.

“One of the best things about ‘Deep Cover’ and The Chronic is the fact everybody was talented, but they didn’t necessarily have experience in the business, so they could break rules,” Payne adds. “They could do things that a lot of people like, ‘Well, maybe we shouldn’t do that because people will be upset.’

“They weren’t hindered by fear, and they had integrity as far as keeping things to their environment. This is what they understood. They didn’t try to change it or whitewash it or make it understandable. They set it the way they did and had people could feel it.”