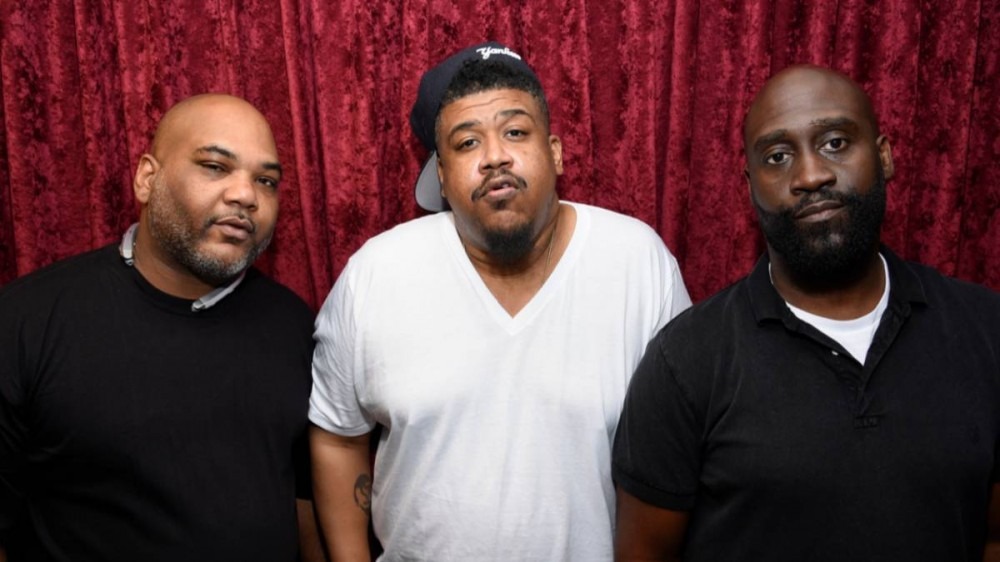 The legendary Long Island trio have been thrust back into the spotlight after their 1989 hit “The Magic Number” — taken from their seminal debut album, 3 Feet High and Rising, from the same year — was featured in the new Marvel blockbuster Spider-Man: No Way Home, which hit theaters on December 17.

The song, which borrows its infectious hook from Bob Dorough’s “Three Is a Magic Number,” plays during the movie’s closing credits and (spoiler alert) nods to the appearance of all three modern-day Peter Parkers in the film: Tom Holland, Andrew Garfield and Tobey Maguire.

The song’s big-picture look has lead to a whole new generation of fans discovering De La Soul, with “The Magic Number” casting its earworm spell on listeners who weren’t even born when Posdnuos, Trugoy and Maseo broadened Hip Hop’s horizons with their bohemian grooves.

But as Spidey fans have been flocking to their favorite streaming service to spin “The Magic Number,” they’ve been left disappointed after realizing the song is nowhere to be found.

Too bad the De La Soul albums aren't streaming yet. A certain song from "3 Feet High and Rising" would be doing monstrous streaming numbers probably due to some recent event

Many have taken to TikTok — a platform more synonymous with contemporary dance trends than Golden Era Hip Hop — to express their frustration.

“When you get out of NWH only to realize this song isn’t on any streaming services,” one user grumbled, while another wrote, “can tommy boy hurry tf up and get 3 feet high and rising on streaming platforms for us who just saw nwh.”

“The Magic Number” isn’t the only De La Soul material missing from streaming. The majority of the group’s catalog — including early classics such as 1989’s 3 Feet High and Rising, 1991’s De La Soul Is Dead, 1993’s Buhloone Mindstate and 1996’s Stakes Is High — has never been released on digital platforms.

Only 2004’s The Grind Date, 2016’s And the Anonymous Nobody… and 2012’s First Serve — a collaborative effort between Posdnuos (Plug 1), Trugoy (Plug 2) and French DJ duo Chokolate and Khalid — are currently available in these formats.

The reasons behind De La Soul’s limited digital presence are sample clearance issues and the unfortunate wording of their contracts, which only mentioned vinyl, cassettes and CDs — not digital formats (this was the late 1980s, remember).

After years of negotiations with their label Tommy Boy Records and a boycott campaign over unfair revenue splits as part of a proposed streaming release, De La Soul fans finally received promising news this past summer when the group regained ownership of their masters as part of Tommy Boy’s $100 million sale to music-rights company Reservoir.

“We have come to a deal between ourselves and Reservoir to release our music in 2021,” Trugoy announced in August. “Our music will be released in 2021 on all streaming platforms — we’re trying to get the whole catalog out there. It’ll take a minute… a little minute… November.”

While fans continue to await updates on the streaming release of their classic catalog, De La Soul are currently working on their next project with legendary producers DJ Premier and Pete Rock. There might be a Gangsta Grillz mixtape with DJ Drama in the works, too.