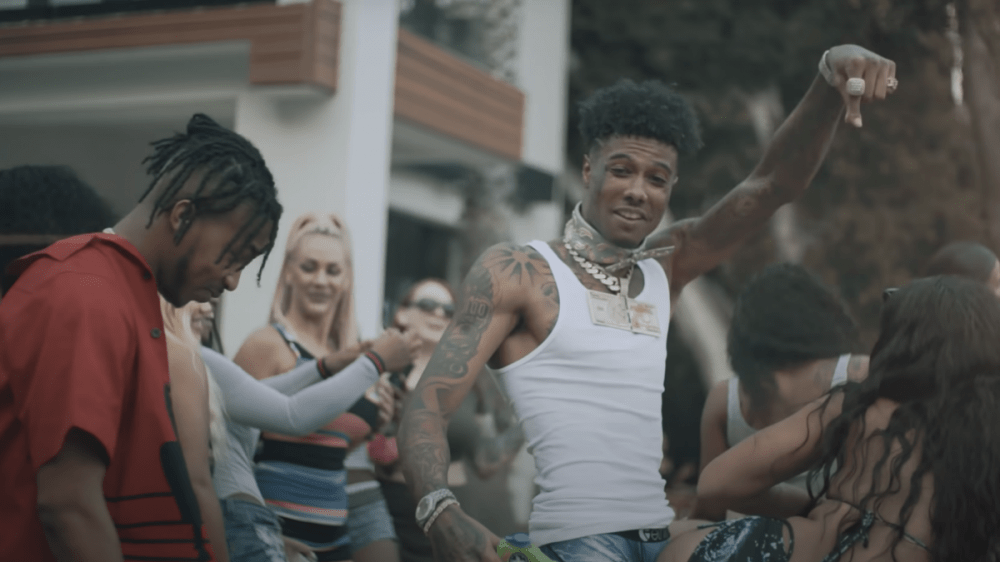 2021 HipHopDX Rising Star DDG‘s “Moonwalking In Calabasas” single is the rap gift that keeps on shamoning.

Produced by DevIsLit and its accompanying video directed by LewisYouNasty, “Moonwalking In Cabalasas” was previously released as a single in July 2020 and eventually found a permanent home on DDG’s 2020 LP Die 4 Respect as the album anchor.

“Officially Platinum DDG,” he wrote accompanied with a trophy emoji.

Meanwhile, if Blueface didn’t have the big head from his Rich The Kid-laced single “Daddy” selling a million units, he just may now.

On Tuesday (June 2), Akademiks captured the Los Angeles rap star billowing brags and smoke in the vicinity of his recent certification.

“A lot of you rap niggas will never get one of these — School Yard,” Blueface quipped on Instagram while puffing a massive blunt. “I hate to break it to you but the odds is slim.” “Like two percent or something,” he concluded with a chuckle.

DDG is one of 10 budding superstars named to HipHopDX’s 2021 Rising Stars. For more information, check them all out here.