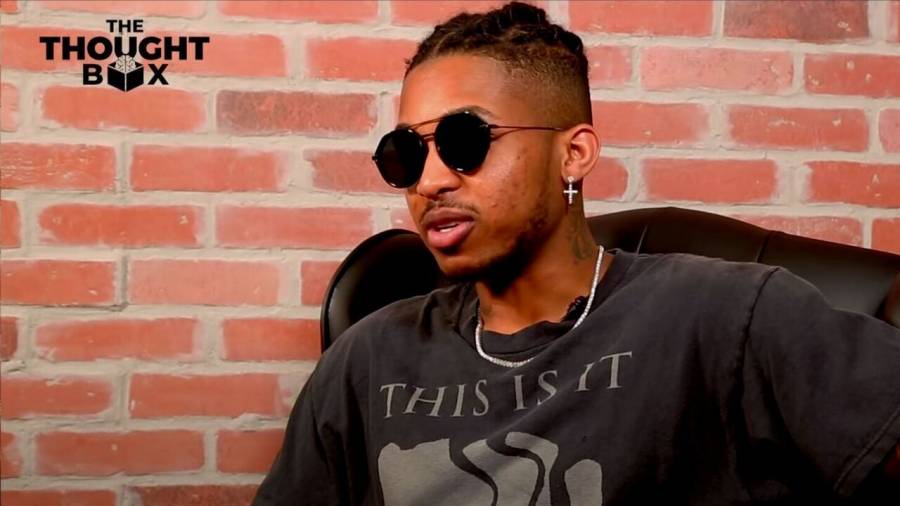 Los Angeles, CA – Even though YouTube-to-Hip Hop transplant DDG maintains he and West Coast rapper Blueface were already acquaintances, he says he was caught off-guard by his fiery verse on the remix of his smash hit-single “Moonwalking In Calabasas.”

During his exclusive video interview with HipHopDX, the budding Michigan-made rap star discussed the details of the collaboration and says he first met Blueface on the court.

“The first time I actually met him was at the BET charity game,” DDG remarks.

“I played him, I played against his team — my team actually won the whole tournament.”

DDG explains that he and the “Respect My Crypn,” rapper built a bond and says their relationship is what initially kicked off the creative endeavor.

“Man, that’s my homie,” he proclaims.

“We be linking off-camera besides music, so I was already cool with him and shit. So it was organic, he just hit me up and he wanted to hop on it.”

The 23-year-old went on to reveal that Blueface was actually extremely excited to jump on the record and described the recording process like a creative brainstorming session — hence the impressive performance that had fans thinking DDG had somehow tapped into a new level of the Los Angeles Crip’s often off-beat flow.

“But he was super passionate about the song even before he even got on it. He was like, ‘Bro pull up, pull up.’ I pull up to the studio, I’m in the studio with him. He go in there and do the verse and asked, ‘You fuck with that?’ We bouncing ideas, he go back, all this other shit. But he went crazy — I wasn’t expecting him to go that crazy.”

The “Moonwalking In Calabasas” (Remix) currently boasts well over 50 million Spotify streams and the visual has racked up nearly 25 million views on YouTube, also.

Revisit the crazy house party-themed video for DDG and Blueface’s “Moonwalking In Calabasas” (Remix) and additionally catch the full video interview above.