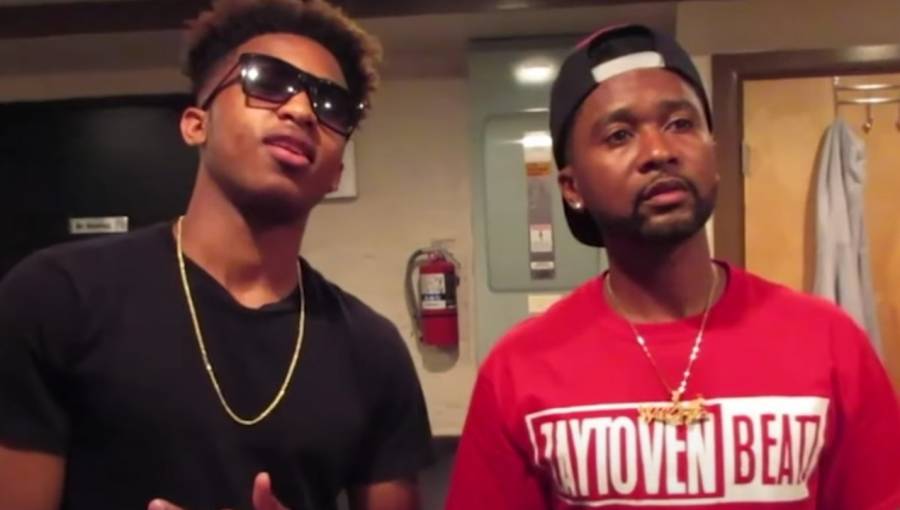 Los Angeles, CA – Even before DDG had recruited Cash Money West rapper Blueface for the remix to his hit track “Moonwalking In Calabasas,” the Michigan-transplant was making catchy songs about his materialistic lifestyle. In fact, in his latest interview with HipHopDX, the former YouTube star revealed he created his 2016 slapper “Balenciagas” after linking with veteran producer Zaytoven and sneaking into Atlanta’s Magic City strip club.

According to DDG, who was technically a juvenile at the time, his cousin helped to orchestrate the connection with Gucci Mane’s long-time beatsmith and even financed the endeavor.

“My cousin already knew Zaytoven, so I was like, ‘Aw that’s lit, I hear Zaytoven beats all the time, that’s crazy,’” he began.

“I get to Atlanta and we pull up to, it’s called Patchwork Studios or whatever, and we go in there and he’s chilling in the studio. I shake his hand, talk to him — blah-blah, blah. I’m like,’Oh this is it, I made it.’ So, yeah we bought the beats off him right there cash, my cousin bought the beats.”

“But I went to the studio, made the song, it was like a janky studio, random in Atlanta. And then that was it, man, I went back to the crib and shot the video.”

DDG went on to explain how he turned the night he and his cousins spent at Magic City before he returned to his hometown of Pontiac into a pair of Balenciaga shoes and a memorable moment with a woman twice his age.

“I went to Magic City — My cousin paid $200 for me and my other cousin to get in. We both 17 — I got my own stripper. She crazy, she ughhh [he grimaces] her booty crazy, all that. She fully grown, and like, I’m just smacking her butt, I got her on the wall she twerking me up, It’s lit. I felt like I was at a party.”

“So I’m turning up or whatever, and then I see my cousin throwing a bunch of ones, but I also seen fives coming too, right. So I’m sitting down I got the stripper on my lap or whatever, and I start reaching down and taking the money [he laughs]. I start putting the money in my pocket. And then I go to the bathroom, this is in Magic City, it’s like two in the morning, and then I count the money up in the stall and then I’d come back out and steal some more money and then I’d go count it up. At the end of the night I had like $150, something like that. I left with that, and my other cousin got some money too. I went to Lennox mall and I had $600 to my name and I bought some Balenciagas.”