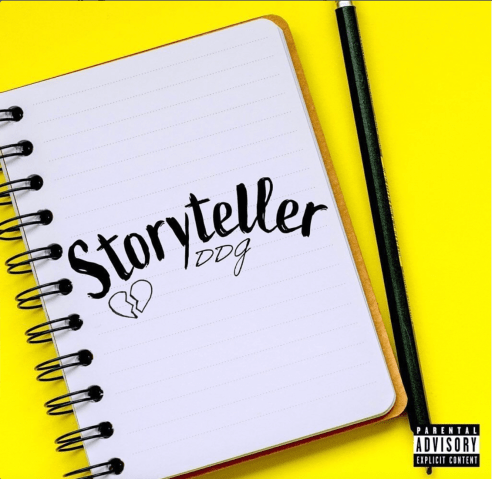 Multiplatinum artist DDG, from Pontiac, MI, has released a new single called “Storyteller” through his Epic Records joint venture. DDG has also announced his summer European and US tour dates.

As his narrative bars take hold, the track weaves together breezy acoustic guitar with a lively beat. It comes to a head with one of his most infectious hooks:

DDG’s “Storyteller” arrives shortly after his Gunna-assisted banger “Elon Musk,” which has already ran up 24 million streams on Spotify and another 9.6 million views on YouTube.

DDG recently announced via his YouTube channel that he is creating the first imprint label DAO in the web3 music space and will be allowing his fans and fellow DAO token holders to make all of the decisions of his imprint record label, Zooted Music beginning July 15.

In addition to dropping a highly anticipated new project in mid-July, tentatively entitled, Take Me Serious 2, a follow-up to the cult classic mixtape dropped by the young emcee in 2017, DDG will be taking off to Europe in July to hit the festival circuit including Wireless Festival in the UK, WooHah in the Netherlands, Rolling Loud Portugal and Splash in Germany followed by three headline shows in the US in Chicago, Atlanta, and New York on July 14, 15, and 16, respectively.

You can hear the single below and see where you can catch DDG on tour.