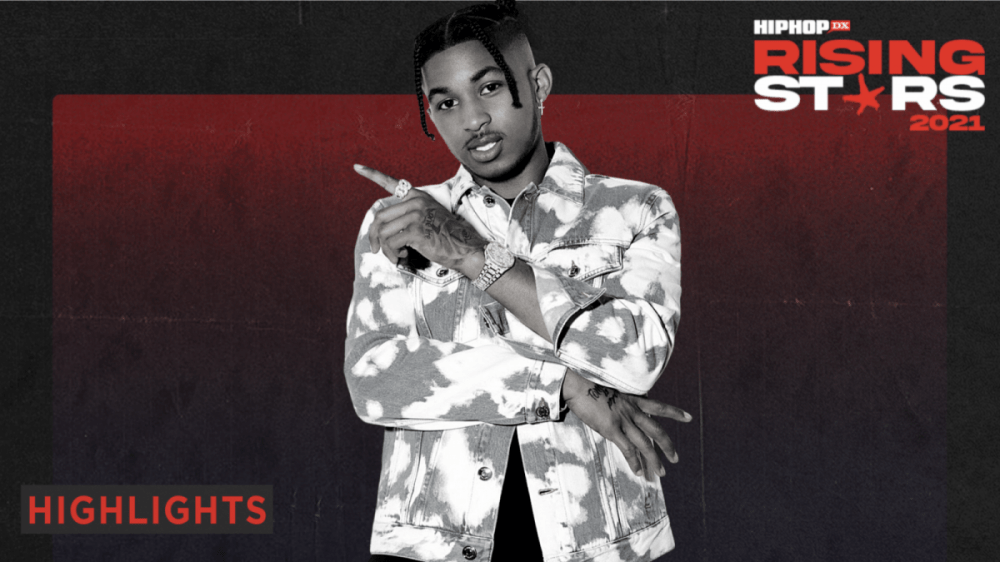 2021 HipHopDX Rising Stars Blxst, Flo Milli, DDG, Sleepy Hallow and Toosii made their way to Las Vegas this week to perform at the Day N Vegas music festival for the first time ever.

Over the weekend, one of the Rising Stars performed his biggest single yet and brought out a special guest to help him.

On Friday (November 12), 2021 HipHopDX Rising Star DDG performed his 2020 certified platinum remix to the smash-hit “Moonwalking in Calabasas” on the Dean Tent stage. Not only did DDG get the crowd hyped as soon as the beat dropped, but he also brought out Blueface to join him live.

The two paired up for 2020’s “Moonwalking in Calabasas” remix and currently boasts over 68 million YouTube views. The single is from DDG’s 2020 project with OG Parker, Die 4 Respect. The breakout hit gave DDG all the momentum needed to solidify why he’s one of the hottest artists coming up, as well as a DX Rising Star.

DDG has a song out now with Nakkia Gold called “Trap Santa” just in time for the holidays.

In Other News: 42 Dugg Dodged A Serious Case

According to The Detroit News, a federal judge sentenced 42 Dugg — born Dion Hayes — to three years of probation and slapped him with a $90,000 fine for illegal possession of a firearm.

The “We Paid” rapper was indicted on illegal gun possession charges back in March of 2020, after federal agents received an anonymous tip that he had fired a weapon inside an Atlanta gun range. Although it shouldn’t be an issue to fire a gun at a gun range, the problem was the Detroit native couldn’t possess firearms after being convicted of felony firearm possession following a 2010 carjacking.

After learning his case had been finally closed, 42 kept it short and sweet in his reaction on Twitter with “Tired.”

However on Thursday (November 11), 42 Dugg had more to say when he went after SayCheeseTV for not posting about him beating his case while reporting on his arrest prior. Dugg posted a series of photos with his lawyer, who he deemed to be his “GOAT.”

“Who is YOU TA ME,” he wrote. “Wanna google summ BITCH GOOGLE MEE @saycheesetv I ain’t see no he beat his case post LOL oh ok.”

Mike Smiff and Toosii dropped a visual for “God Is Real.” (Watch here)

Yung Bleu took some time off to vaca in Dubai with his lady. (Look here)

Sheff G want ua to know that he’s sending his love from his cell. (Read here)

42 dugg is one of 10 up and coming rappers on HipHopDX’s 2021 Rising Stars list. For more info on 42 Dugg and the rest of the talented bunch, read about them here.