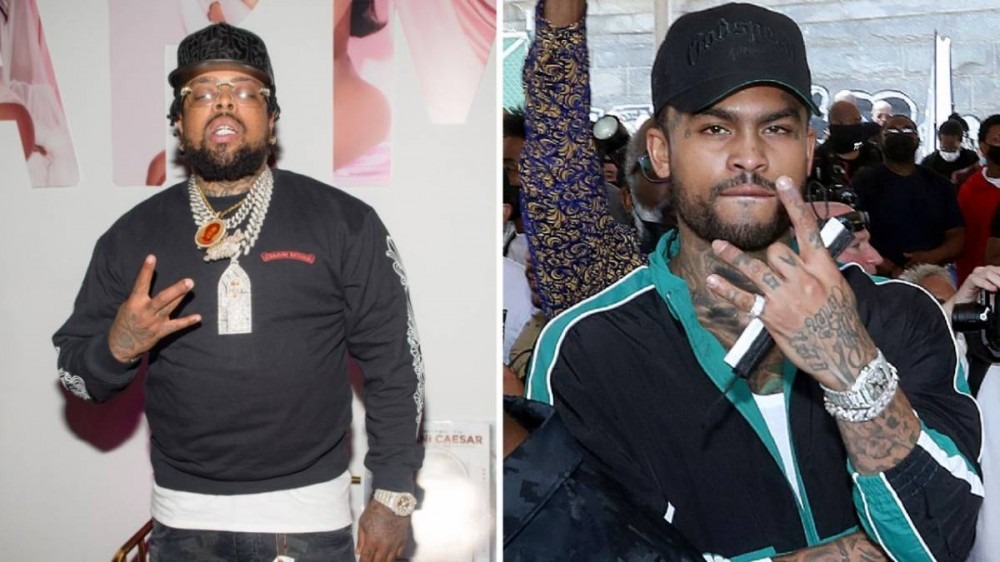 Westside Gunn served as an executive producer on Mach-Hommy’s Pray For Paris, and the Griselda captain is back to orchestrate another project. On Tuesday (June 8), Dave East took to Instagram to announce he’s joining forces with Westside Gunn for a special art show.

In the Instagram post, fans can see the flyer for the upcoming event, which features an image of Dave East under the title of the event that reads “LIMITED REBIRTH DROP DAVE EAST SATURDAY, JUNE 12.”

East will be unveiling the original painting for the cover art to his new album, Hoffa, which is produced entirely by Harry Fraud. The event will be taking place at Walden Galleria in Buffalo, New York, with artwork curated by Westside Gunn and his Buffalo Kids collective.

“BUFFALO SATURDAY ME & @westsidegunn GOT SOMETHING SPECIAL FOR YALL,” Dave East wrote in the caption of his Instagram post announcing the art event. “SEE YOU THERE.”

Dave East’s last project, Karma 3, came out in August 2020, and fans have been waiting for the Harlem native to serve them up another order of bars. Fans are also excited for a Dave East album produced by the legendary Harry Fraud.

The work that Fraud did in 2020 earned him a HipHopDX 2020 Producer of the Year nomination and kicked off a strong 2021 that began with Jim Jones’ recently released album, The Fraud Department.

This art show isn’t the first time Dave East collaborated with Westside Gunn on a project either. The Supreme Blientele rapper called upon East to be featured on “Welcome Home DMX” alongside Jonezy on the official soundtrack to the Griselda film, Conflicted.