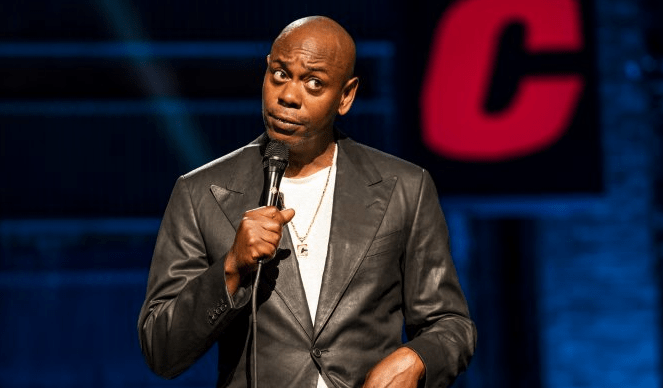 Famed comedian Dave Chappelle held a screening for his yet-to-be-titled documentary in NYC’s Madison Square Garden and even though the Netflix special The Closer has caused his unsurmountable issues with the LGBTQ community, Dave still continues to tell jokes that ruffle their feathers.

According to a report from The Daily Beast, “Chappelle is said to have recounted being given a pistol by his wife as a gift, at which point Chappelle joked that the final thing a person would say to him before he used the gun would be ‘faggot.” He also added that he would identify as a woman if this scenario were to ever happen in real life.

The Half Baked comedian spoke about filing a restraining order against his racist neighbor while paying for therapy services he feels is needed by the neighbor. Chappelle said that he’d make the payments in private to avoid other neighbors from getting him to pay their medical expenses, but added insult to injury by saying trans people woud only use hi to get their surgeries done.

Since the controversy caused by The Closer, Netflix employee and protest organizer Terra Field resigned from her post, but withdrew her unfair labor practice lawsuit against Netflix.