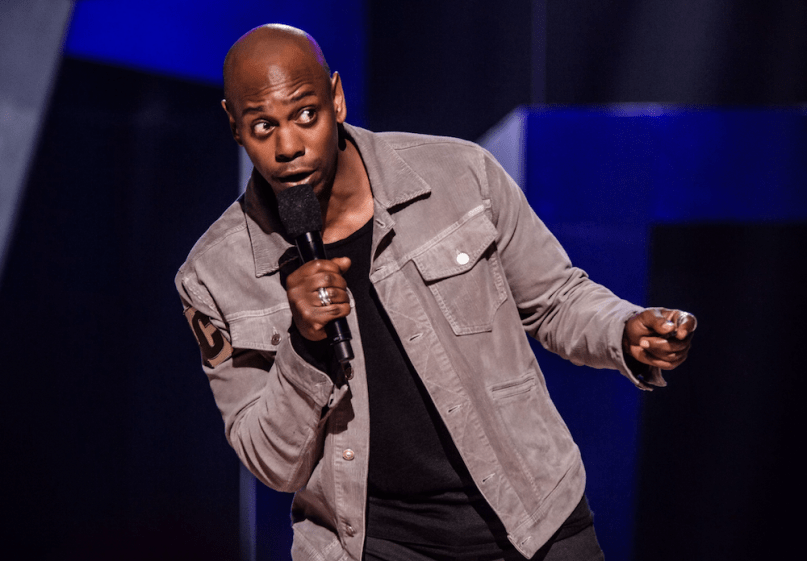 The hour-long special called “The Closer” was recorded just last August, and features Chappelle covering the latest controversies.  He says in the new special that it’ll be his last one for a while, and that it will complete his “body of work” for Netflix.

He’s already drawing heat for some of his comments in the show, including his support for transphobic feminists, known as TERFs. TERF stands for “trans-exclusionary radical feminists,” a term used to describe feminists whose views about gender are seen as anti-trans.

In the special, Dave Chappelle says TERFs look at trans women the way Blacks might look at Blackface.

“They canceled J.K. Rowling, my God. Effectually she said gender was a fact, the trans community got mad as s**t, they started calling her a TERF.”

The comments riled backlash on social media, with some accusing him of bigotry.

Chappelle also said he would like to “negotiate the release of DaBaby,” who received widespread criticism for his homophobic comments about people living with HIV/AIDS.

Some of his supporters took to social media to back up the acclaimed comedian.

Is this all apart of stand up comedy or did Dave cross the line with his comments?