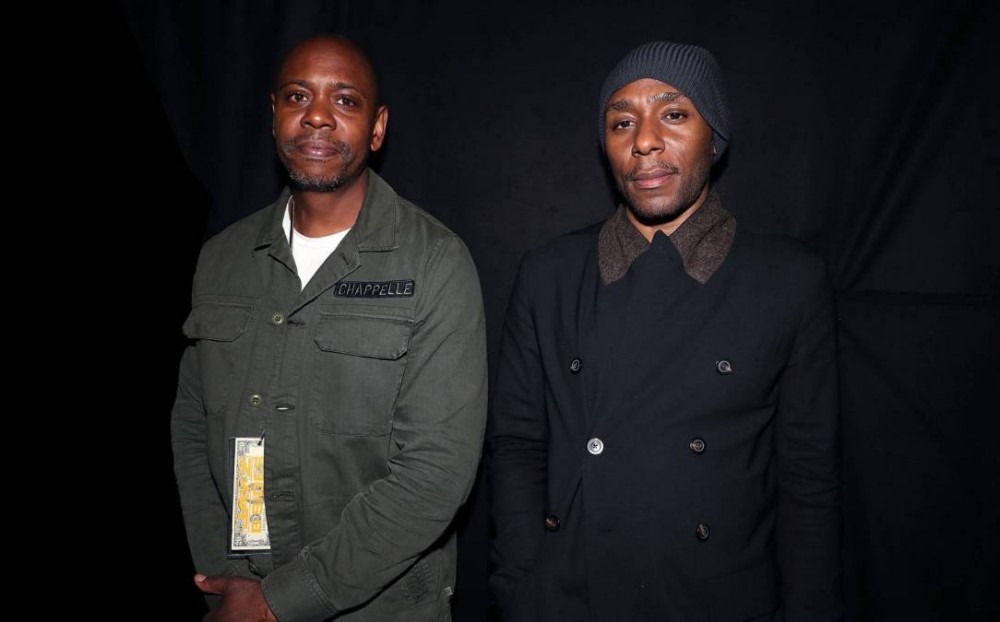 As their second LP’s release date remains in question, Bey and Kweli’s longtime friend Dave Chappelle has rejoining forces with him for the comedy giant’s latest project The Midnight Miracle podcast, according to a press release on Tuesday.

Kweli, the artist formerly known as Mos Def and Chappelle Show co-creator are launching the show on the Apple’s new podcast subscription network Luminary, which is slated to debut in May.

“Making a podcast isn’t the obvious next move for me, but it’s the right one,” Chappelle said. “The Midnight Miracle gives you a look into how me and my friends process the world around us, and I think it will change the way listeners think of what a podcast can be.”

The salon style show will have both “Definition” songwriters and comedian as hosts, which will have featured guests who are cultural icons and influencers.

The conversations will provide sketches, impersonations, archival audio clips and a soundtrack including jazz and soul greats such as Charlie Parker, Dizzy Gillespie, Thelonious Monk, D’Angelo and many more.

The Midnight Miracle episodes are edited from over 100 hours of recordings from Chappelle’s 2020 Summer Camp at “The Shack,” a mechanic’s garage retrofitted as a clubhouse, near his home ranch in Yellow Spring, Ohio. The intimate setting is similar to his former live studio audience on the set of Chappelle Show because the podcast is designed for listeners to feel as if they’re sitting in on conversations among friends.

“Talib, Yasiin, and Dave each bring deep wells of perspective to The Midnight Miracle,” Luminary Chief Content Officer Mark Silverstein said. “The conversations between them and their friends are humorous and profound, and the show is edited in a truly unique fashion. We are really proud to be a home for groundbreaking audio like this.”

The friendship and working relationship among Chappelle, Bey and Kweli dates back two decades. Bey and Kweli were musical guests on the Chappelle, which aired on Comedy Central for three seasons from 2003 to 2006. The two MCs were also among the marquee of rap and R&B stars such as Kanye West, Common, The Fugees, Jill Scott, Erykah Badu, John Legend and The Roots who performed in Chappelle’s 2005 box office hit concert film Dave Chappelle’s The Block Party.

Kweli is also the host of his own weekly podcast The People’s Party, which has nearly 100 episodes also available on Luminary. He was banned from Twitter in 2020 after being flagged for “harassing” user of the app Maya Monroe, who recently tweeted he has not relented on his tweets targeting her.

Since I was told by my lawyer this week I legally cannot do much of anything to defend or protect myself against this harassment, Talib Kweli is still lying on, slandering and harassing me for talking about colorism. He has been since July 10, 2020. He HAS NOT STOPPED.