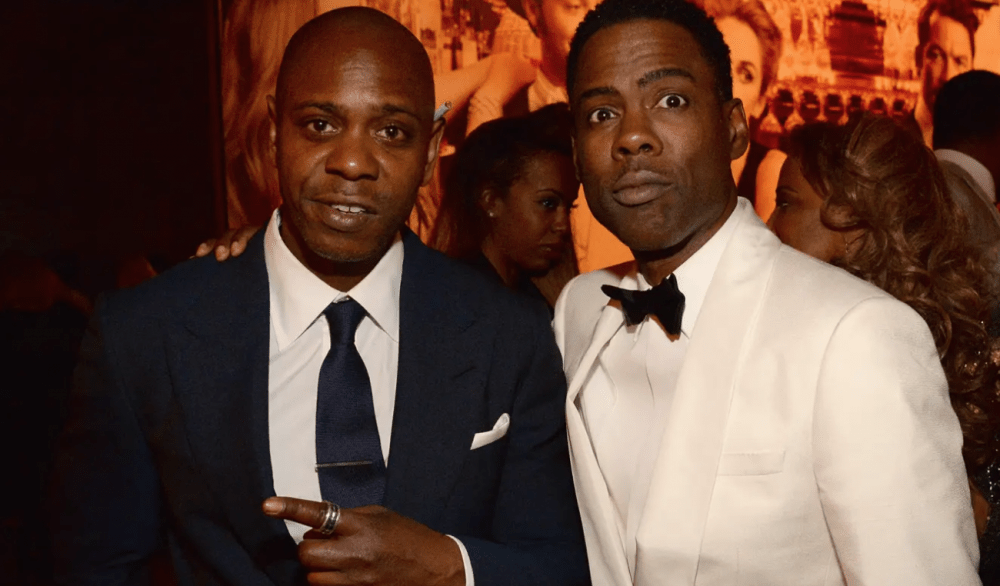 Dave Chappelle and Chris Rock’s recent on-stage attacks have made them the two biggest comedians in the world. It seems like being attacked while on stage has made them even closer friends as it was recently announced the two would hold a joint comedy show in London later this year.

Since the announcement, neither comedian has said anything on social media regarding the show. But that doesn’t mean that fans of the two aren’t excited to see them take the stage, this time, without getting assaulted.

Dave Chappelle and Chris Rock have made headlines this year, but for reasons outside of their comedy. Back in March, Chris Rock was slapped by Will Smith on stage during the Academy Awards after he told a “G.I. Jane” joke about Jada Pinkett-Smith, in reference to her low haircut. After the attack, reports about her battle with alopecia came back to light. Will Smith was able to win the Best Actor Award that night but was subsequently banned from the next 10 Academy Awards.

A month later, Dave Chappelle was attacked on stage while performing at the Hollywood Bowl in Los Angeles. The attacker would later admit that he was offended by Chappelle’s jokes about bisexual people, and admitted that he identifies as bisexual. Unlike Smith, Chappelle’s attacker was beaten backstage by Chappelle’s crew, and even Jamie Foxx got a couple of licks in. Rock was even backstage when Chappelle had been attacked.

After the show was announced, people instantly took to social media toget their jokes off.