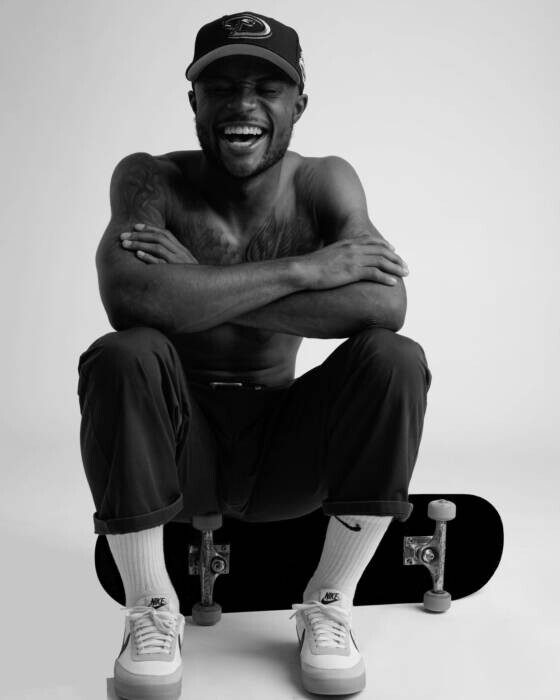 It’s no secret that Pro Skater Dashawn Jordan is a crowd favorite in just about everything he does. Very early in his skate career, long before becoming pro for Business & Co. (and, later, riding for Toy Machine), Dashawn has expressed his creativity through much more than skateboarding; he’s a super friendly guy who just happens to have the Midas touch.  The USA National Skateboarding Champ brings that same work ethic to his latest project- the music video for ‘Better Position.’ As expected, it’s another banger.

“Better Position” is another uptempo anthem, capturing similar vibes to his previous release, ‘WYGDBI.’  The music video, shot by no other than Overcast, is more-so a full motion picture movie than a music video.  We highly recommend watching this from start to finish, as it takes us on a high speed alien abduction where Dashawn levels up to a “better position.”  The team over at Overcast seemed to capture Dashawn’s high energy and passionate delivery perfectly, while able to tell a story for the viewer.

As Dashawn has expressed countless times in his career, his song is all about making the best out of any situation.  With hard work and dedication, you can put yourself in a better position, and that is FACTS!  We hear you Dashawn…  this high energy banger uplifts us while Dashawn carries melodies and hits pockets we’ve never heard before.  Not sure what genre or how this song can be classified, but we know it’s a hard hitting banger to get us pumped up.  Produced by Kanye & Fivio Foreign Producer, “Tweakt” everything from the progression to the 808s is close to modern music perfection.

Dashawn kept it real with us and said “This only the beginning…” when referring to whether or not Dashawn will be releasing on a more consistent basis.  With features from Ty Dolla $ign and bigger and better things in the world of skateboarding,  we see no limit for the career of Dashawn Jordan.  Pushing the boundaries is what he does- and we’d say hes pretty damn good at it from the past couple drops.