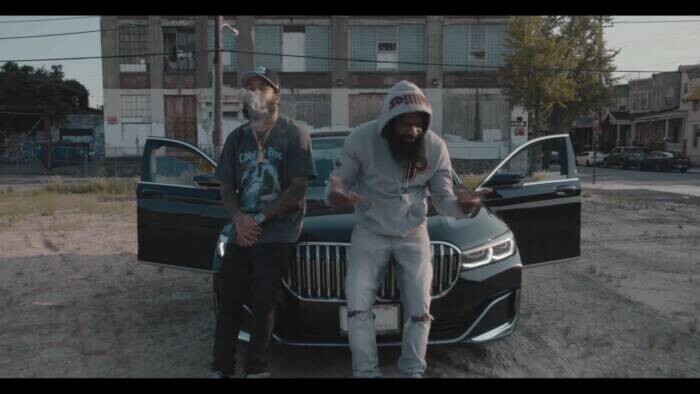 Dark-Lo may be locked-up currently but that isn’t stopping the momentum of his latest project with V Don, “Charlie Pope.” To continue to support the project the emcee and producer duo have filmed a high quality visual for “Meech.” The gritty vid was directed by Hobx, edited by V Don, with additional shots by Revenxnt.
Not only did their new video drop today, but preorders for “Charlie Pope” vinyl just went live on Tuff Kong Records site too! Not to mention “Mob Tales,” the lead single off Dark-Lo’s upcoming collab album with Havoc (Mobb Deep), just hit DSPs as well.