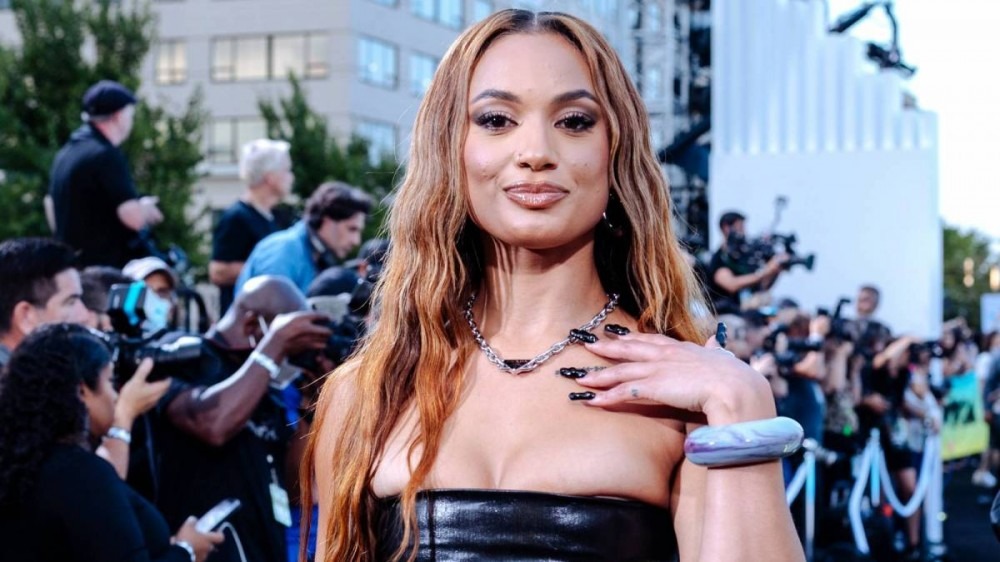 DaniLeigh has managed to get the attention of Starbucks after her story about purchasing a moldy cheese danish from one of its stores went viral.

The “Lil Bebe” singer took to Twitter on Friday (September 2) to complain to fans about a danish she’d purchased from the coffee shop which apparently made her sick.

“So do I sue starbucks for giving me a mf rotten ass cheese danish ?? having me step out my car throwing up . wtfffffd I’m scarred,” DaniLeigh tweeted.

After the tweet gained some traction, the singer asked fans if they’d like to see a photo of the rotten pastry. “Y’all wanna see a pic of this shit ????” she wrote.

She then shared a photo of the cheese danish about 20 minutes later, showing the pastry with a large mold spot in the middle of it.

DaniLeigh captioned the pic: “Idk if I’ll ever get something for u guys again but honestly I deserve free @Starbucks for the rest of my life … I threw up taking this pic.”

Idk if I’ll ever get something for u guys again but honestly I deserve free @Starbucks for the rest of my life … I threw up taking this pic 😭😪🤢🤮 pic.twitter.com/PsXiQeDnEu

The danish appeared to have been bitten into it several times, which one follower pointed out, writing: “So it took ar minimum 3 bites to realize the mold in it?”

Dani snapped back: “Bitch I was not looking at it.”

The receipt in the photo displayed the Starbucks store number as 27563, which the company’s customer service confirmed is likely located inside a Fort Lauderdale airport in Florida (via The Shade Room).

The Starbucks Care Twitter account has since responded to DaniLeigh’s tweet, thanking her “for reaching out and bringing this to our attention.” The Starbucks representative added: “Please DM us with the provided link, I’d like to get additional information regarding your experience.”

It is not clear whether DaniLeigh got her request for free Starbucks for the rest of her life, but the singer did retweet the messages from Starbucks.

In other DaniLeigh news, the Def Jam artist has issued a scathing response to comments made by a choreographer she previously worked with while directing a video for late music icon Prince.

She also discussed how she got started running Prince’s social media accounts when she was just 18 years old and revealed how she even managed to collaborate with the musical icon before his death in 2016.

“I was super cool with [Prince],” she said. “I used to run his Instagram, his Princestagram. That was my first job. I used to post the pictures and make the captions.”

“I used to do Vine a lot,” Dani said, speaking on the now defunct social media app. “He used to like my Vines; I guess they were pretty funny. I was 18. I knew he was the legendary Prince, but it hit me when he passed. I had a song with Prince; I directed a video with Prince. And we communicated through Twitter DMs.”