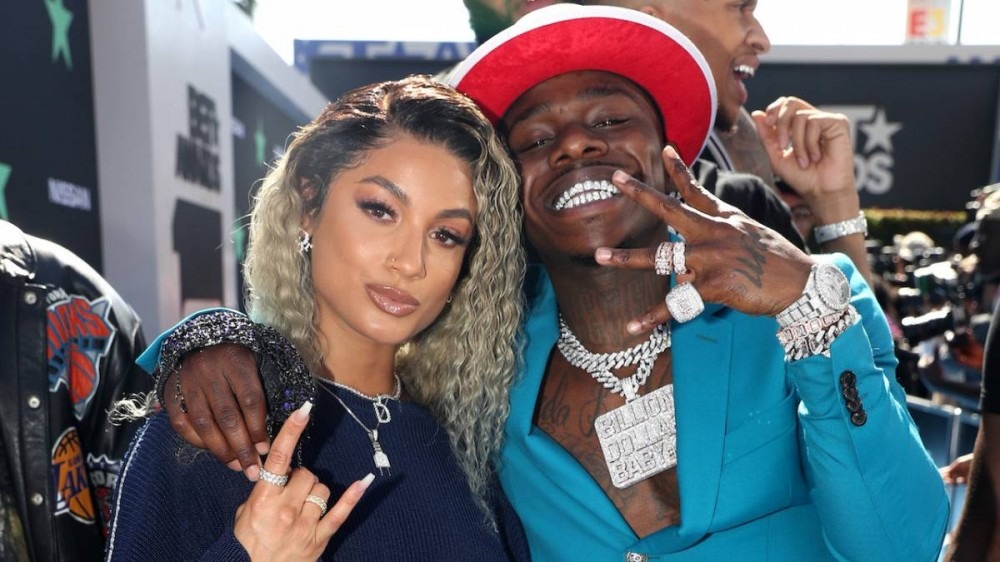 Miami, FL – On the heels of being hit with assault charges following DaniLeigh’s public spat with DaBaby, the “Lil Bebe” rapper took to Instagram on Thanksgiving (November 25) looking to spread some positivity by sharing some adorable photos of her and DaBaby’s newborn daughter.

“Thankful,” she captioned the slideshow featuring photos of her baby laughing in a towel while she holds her.

There was an outpouring of support filling her comments from the likes of Rubi Rose, Yung Miami, Latto, BIA, Queen Naija and more showering her with love.

DaniLeigh’s pregnancy with DaBaby was Hip Hop’s worst-kept secret of 2021. She gave birth in 2021 and had been living at the “Suge” rapper’s residence but their relationship drama went public when DaBaby put her on blast on Instagram Live while trying to kick her out of his condo.

DaBaby claimed he was being “beat on” by DaniLeigh and referred to her as a “side chick” after breaking off their turbulent relationship in February. DaniLeigh was hit with a pair of misdemeanor charges for simple assault against DaBaby stemming from their November 14 altercation.

According to DaniLeigh’s recap of the events, the argument stemmed from her allegedly ordering an emergency Plan B contraceptive to DaBaby’s condo, where she and their daughter have been living since the baby’s birth in August.