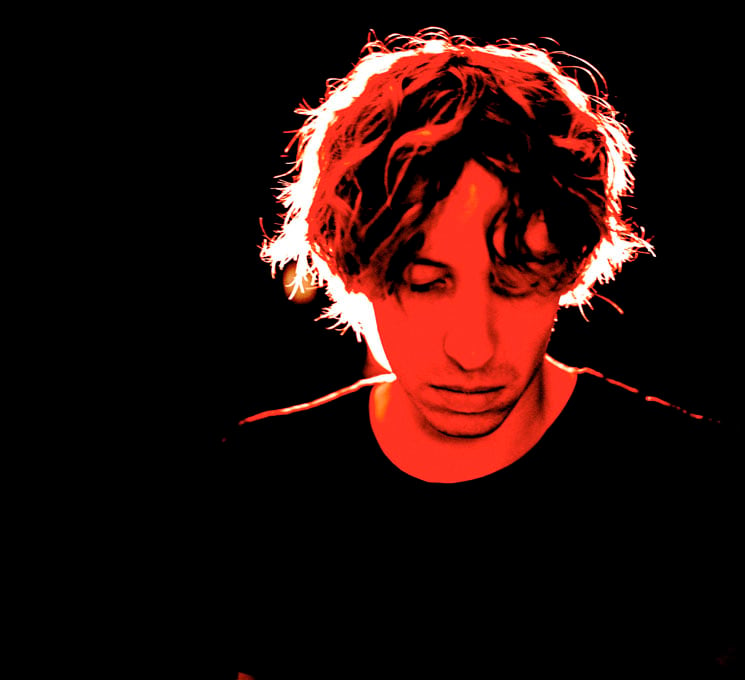 It's hard to find fresh, good dance music sometimes. With so many releases from so many labels (many in the form blink-and-miss them singles), it's an embarrassment riches, but the foreknowledge and sifting required to discern the quality cuts can be daunting. A good DJ's role is to do some that work for us — a better DJ also distils from that stream new material their own musical vision.

Song For Alpha, London, UK-based DJ/producer Daniel Avery's second fering original material, makes a good argument for his place in the latter group, and serves as a reminder that dance music remains worthy the album treatment.

Avery's attachment to this traditional form is probably because his allegiance to techno and its world 12-inches and singles has never been absolute. Indeed, if you happened to catch one his early, formative sets, you were as likely to hear shoegaze or indie rock in the mix instead the looping, hypnotic ambient techno he's known for today.

"Guitar music was my first love," Avery tells Exclaim! "The dance music that I had around me growing up was commercial stuff that I hated — clubs full people I didn't like." Asked whether or not this early preference lives on in his work, the word "adventurousness" is floated, and it seems to connect.

"I appreciate that word]," Avery says, "the idea being able to push things. I like music that overwhelms you, that washes over you like a wave, like my favourite guitar music does. It can be a hypnotic techno track, a beguiling ambient track, or a noisy yet beautiful shoegaze record. For me it's any kind music that can take you by the hand and lead you somewhere else."

Song For Alpha is invitingly propulsive, absorbing you in its forward momentum without making it obvious, moving forward while you remain in the same blissed-out, suspended state. It can take time to arrive though, demanding the listener something fairly undervalued in 2018: patience. Avery laughs, "I want that on my gravestone I think."

Extolling the virtue further, he explains that he wants his music to "not be] vying for your short-term, immediate attention all the time; I like to think it runs deeper. I like music that requires patience, and that's the kind music that I wanted to make too. You have to give it time and its own space, but once you're locked into that world and it has its effect on you, then the rewards are much greater than just instant gratification."

It's an idea that's been carried over from the epic, all-night sets he's known for, where expert pacing is a must to keep people engaged for so long. "It's my favourite thing to do, to be able to build the atmosphere the room from nothing, from the ground up. We've had nights where people are lying on the floor for the first hour, and four hours later, for those same people it's a rave, you know? I feel like this album in particular has been an extension that idea, to have that flow."

Travelling between these sets served as inspiration for Song For Alpha — but so did Avery's time away from the road, and the interplay between those different energies. He speaks fondly his secluded studio, located in a shipping container alongside a quiet stretch the Thames, a sanctuary where lessons learned DJ-ing on the road or during the weekend coalesce into ideas for his own tracks, and it becomes increasingly clear that the album format is especially important to him.

"An artist album is integral to everything I'm doing; it's how I grew up consuming music, for one thing, and it comes back to the idea patience — with an album you have to give it time. It's a great format to explore more than just the peak moments. So much effort and work goes into an album, everything's so considered, and I really appreciate that. An album can become part your life, I fully believe that."

Song For Alpha may or may not become a part your life (it should), but it certainly demonstrates that dance music remains potent and agile enough to fill an album's length. Avery's DJ sets will rightly remain noteworthy (check out his genre-hopping 2012 contribution to the FabricLive series), but it may well be through his more refined, unified album work that he leaves his most lasting mark.

Song For Alpha comes out April 6 on Phantasy Records.