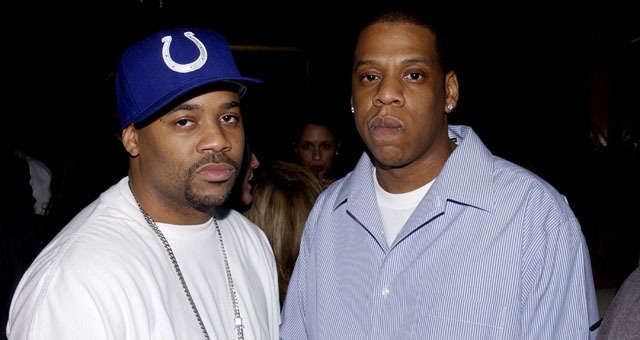 For many people, it might be the talent or confidence an artist exudes that might be the reason a lot of people believe in them early on. However, for Dame Dash, a pair of Air Force 1’s made him believe in Jay-Z.

Dame recently appeared on the latest episode of Shannon Sharpe’s Club Shay Shay podcast, where he told a story about how he was introduced to Jay-Z through DJ Clark Kent. “What made you think a 26-year-old rapper could be big in the industry?” Sharpe asked.

Dash responded, “Cause he had on Nike Airs.” Dame explained how he was from Harlem and Jay was from Brooklyn. Air Force 1’s were prominent in Harlem but weren’t as widely worn (at the time) in Brooklyn. “Back in those days, Brooklyn dudes didn’t wear Nike Airs. So, that was a flag for me.”

Sharpe noted how Dame has a peculiar way of believing in someone based on their appearance.

You can check out the full episode below.