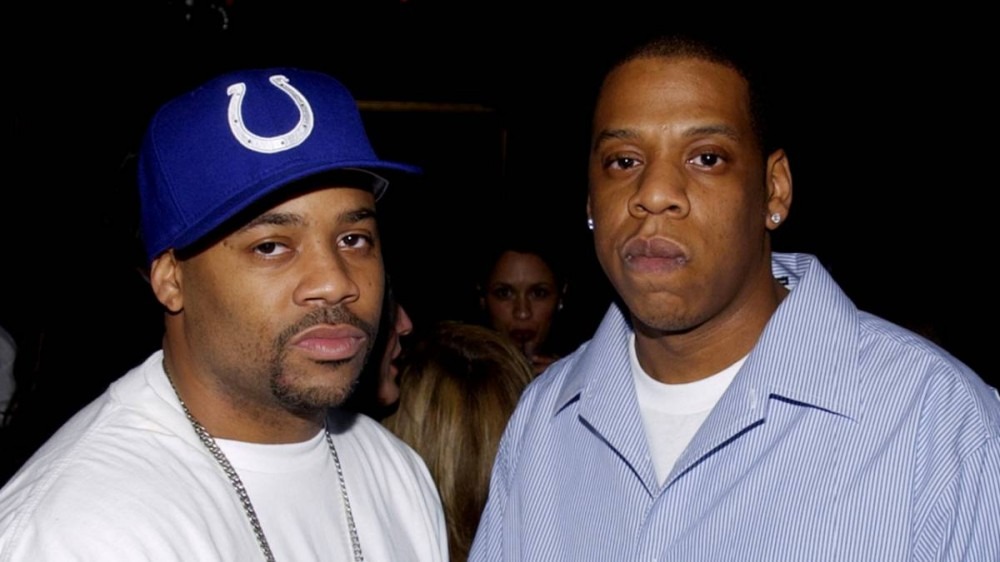 Although the auction never took place, the lawsuit moved forward. Earlier this week, rumors Dash and his former business partners were in settlement talks were proven to be false after Dash disputed the claims in an Instagram post.

“Please don’t believe this hype we are no where near a settlement,” Dash wrote. “They accused me of doing something i did not do and now they have to prove it…and i can sell my share anytime I want #askthejudge.”

Dame also challenged JAY-Z and Biggs to ditch the lawyers so they could talk privately instead. He doubled down on Friday (March 18), writing in another Instagram post, “Like I said, I don’t have to ask to sell what I own.. #AskTheJudge #StayTuned @dashnftgallery and let’s be clear, it’s #jayz and @biggsburke that are suing me.

“My offer still stands, let’s get in a room like the old days and sit and talk like men. I don’t need a lawyer to talk for me.. I can’t believe this shit, I feel like I’m in the twilight zone.”

JAY-Z and Roc-A-Fella Records’ attorney Alex Spiro filed a lawsuit against Dash in June 2021, accusing the 50-year-old Hip Hop mogul of attempting to auction the NFT without permission. Dash refuted the story and pointed out he was simply trying to sell his entire one-third stake in Roc-A-Fella.

Consequently, Dash filed a countersuit and alleged JAY-Z transferred streaming rights to Reasonable Doubt to S. Carter Enterprises LLC without authorization from Roc-A-Fella. Dash is seeking a minimum of $1 million in damages over unjust enrichment, breach of fiduciary duty, replevin and conversion.

In a rare interview with HipHopDX, Dash spoke about the lawsuit and explained why he found it “corny” and “embarrassing.”

“Honestly, I think this is corny,” Dash said at the time. “If there’s an issue, just call me. Why do I have to hear it? Why do I have to get sued? Biggs, Jay, call me and tell me what the play is but if you swing on me, I’m going to have to swing back. And when I say that, I’m saying now that I’m looking under the hood, it looks crazy, but I just do believe that I don’t need all of this. I’m trying to live my life. I’m the guy that’s always saying this is what they want us to do. They want us culturally to fight each other for them while they watch us and that’s exactly what’s happening.

“It’s just like, ‘Yo, just call me as a man and tell me what the problem is.’ But at the end of the day, I don’t see what difference it makes if I own or if I sold my third. Why do I have to be a partner? And then they’re trying to call a fake meeting to try to make new bylaws, which they can’t do.”

Dash added he had “no idea” why JAY-Z and Biggs didn’t just reach out directly, saying, “It’s corny and I think it’s embarrassing. And now I’m in a fight I don’t want to be in when I’m doing other shit. All I want to do with is sell my interests and do what I got to do. Instead, I got to be called a liar, I got to have some white man [Alex Spiro] calling me a thief, somebody trying to tell me how to run my business.”