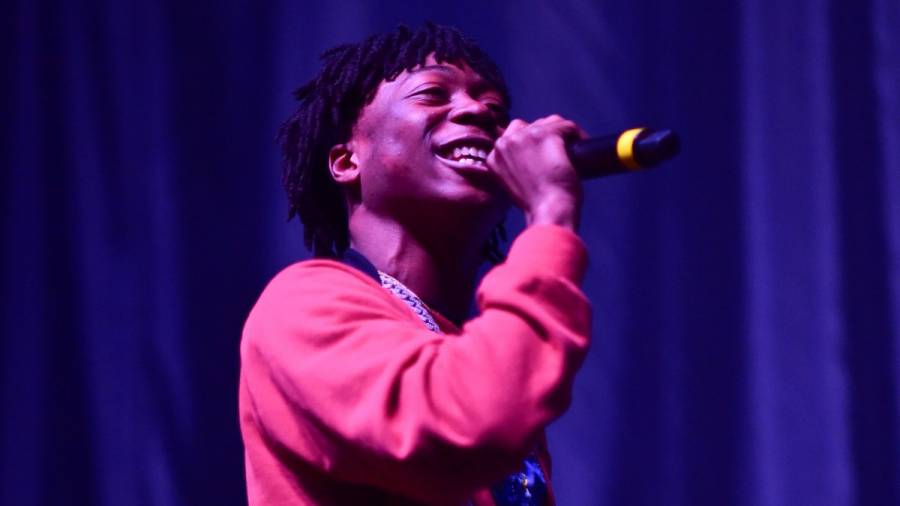 Lil Loaded — born Dashawn Robertson — turned himself into Dallas authorities in November with a warrant out for his arrest on murder charges in connection to the shooting of 18-year-old Khalia Walker on October 25. Loaded took to Instagram on Tuesday (December 8) to reveal he’s back home enjoying his freedom and has another project on the way.

“Happy to tell y’all  I BEEN HOME,” he wrote with an accompanying photo of him flipping his middle fingers up while wearing an ankle monitor sitting on the couch.

CripTape is set to release on Friday (December 11). The project boasts a compact eight tracks with features from 1017 Records artist Pooh Schiesty, Florida rapper Hotboii and BigKayBeezy. He also shared the effort’s artwork, which finds him in a navy jail jumpsuit matching his Crip gang ties.

There’s no word on exactly how Loaded secured his freedom, but the Florida rapper’s bail at Suzanne Lee Kays Detention Facility was lowered to $75,000.

“I appreciate y’all support,” he wrote days after Walker’s murder. “they try to make u look guilty when u innocent regardless…we going to get passed this. RIP my brother love u.”

In a separate tribute post, he mourned Walker, who rapped under the alias of Savage Boosie, “So much love fa u they thought we had the same mama. ima see u soon.”

Police were reportedly called to Walker’s Dallas residence on October 25 after gunshots were fired, but Walker was already taken to Methodist Charlton Medical Center, where he was treated for a rifle shot to his torso, but ultimately succumbed to his injuries.

An affidavit claims Walker’s sister, Khija, came outside after hearing gunshots and saw Loaded standing over her injured brother. Once she called 911, Walker’s sister also claimed to find a video of Loaded shooting her brother on the “6Locc 6A6y” rapper’s phone.

A warrant was then issued for Lil Loaded, who turned himself in on November 10. He released his A Demon in 6lue project back in October.