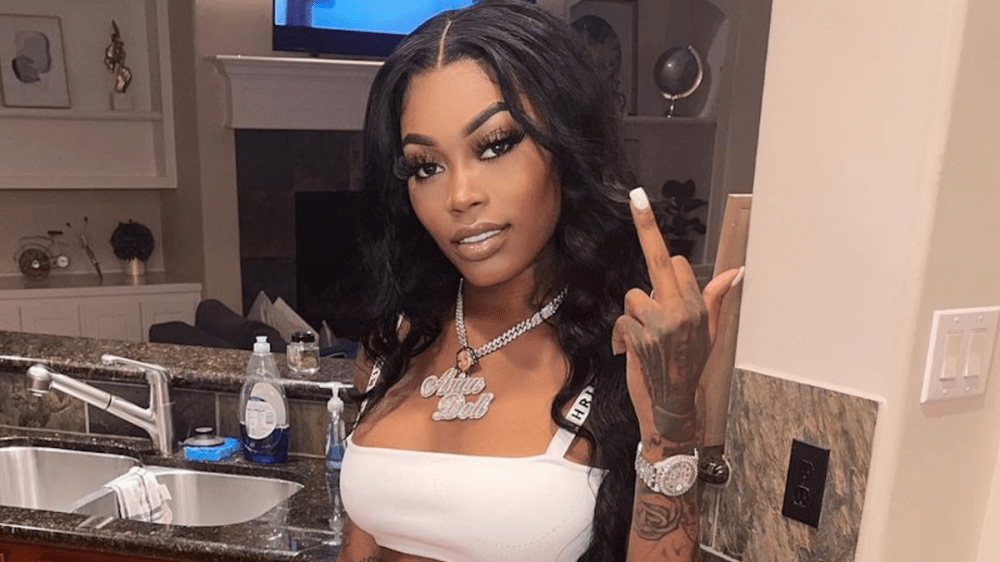 Dallas, TX – Dallas-bred rapper Asian Doll took to Twitter on Monday (May 31) to air out an unnamed concert promoter who failed to pay her for a show in her hometown. In doing so, she vowed to never perform in the city again.

“I hate to say it but I’m sueing the Dallas promoter that booked me for 2events yesterday & didn’t give me my backend,” she wrote. “SMH I been doing shows 5months straight & NEVER had a problem with my money until I came to my hometown Shit crazy & people wonder why ion come back.

“I did the show free cause I couldn’t let the fans down but in reality we could’ve handled that whole situation on some gangsta shit but I just charged it to the game & it made me really look at the city different smh.”

She added, “But I’m sueing that Dallas promoter FASHO FASHO see you in court bitch. Never doing a show in DALLAS TX again I will never accept any shows from there point blank period.”

Now, the promoter named Cloud has hit back at Asian Doll on Instagram, claiming she failed to post about the show beforehand.

“Don’t tell me bout no holding up no deal when I was getting lied to for an entire month couldn’t get a post or a drop tf that’s a big deal anybody could post and say such n such is coming,” he wrote. “If that person and the venue don’t stamp it who actually believe it ! There’s more so keep it coming [clown emoji] & no I’m not a Dallas promoter don’t put me in that category I’m Cloud.”

In a separate video, he said, “I know people mad at me right now, I don’t give a fuck though. Why would I pay the backend on Asian Doll when you can’t even pack out a club in your city, mane. This your city, mane? What the fuck? You supposed to have these bitches running through this bitch, mane. Shit, I guess they don’t care about none of this shit.”

Other private text messages claim he missed out on potential ticket sales due to Asian Doll not telling fans about the show.

This isn’t the first time Asian Doll has had issues with Dallas. In February, she previously bashed her hometown by tweeting, “Dallas don’t support me & never did I’ll have all my Shit in Atl if I want too tf.”