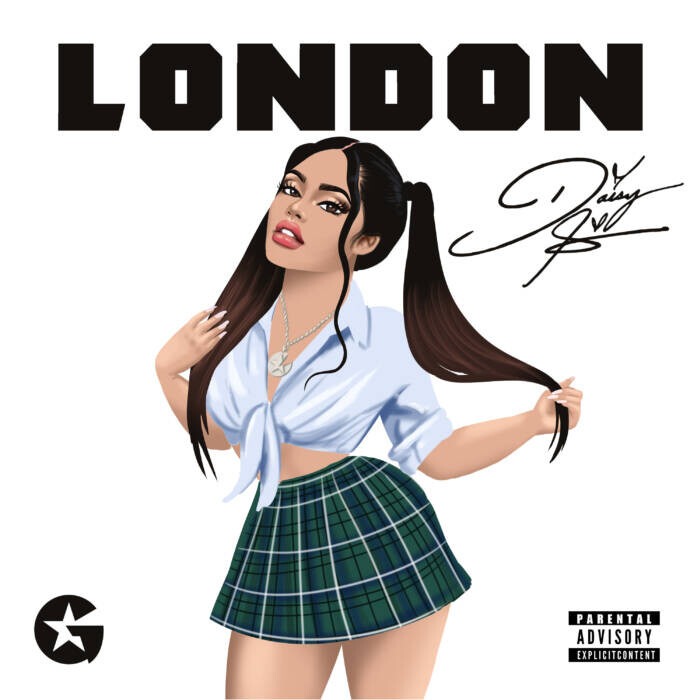 Daisy Simo is an artist from Southern California, but is as well traveled as they come. In 2021, she was an opening act on J.I.’s The Young and Restless Tour which spawned over 20 shows across the U.S. and Canada including cities such as New York, Atlanta, Houston, Dallas, Philadelphia, Washington D.C., Los Angeles and more. The fiery femcee is throwing her bedazzled beret in the ring to become the West Coast’s answer to the massively successful artists on the East Coast and South, such as Cardi B, Megan Thee Stallion and Mulatto. In her new single, “London” Daisy slashes through the bass-heavy beat with her commanding chorus “I don’t do tit for tat, you know that this ain’t that”. She proceeds to ferociously flow throughout the rest of the song with lyrics like “he wanna eat up the nana I told him I’ll meet him mañana, ass grande Ariana, buy the whole store if I wanna” creating a memorable track.

In the visual, Daisy is shown galavanting through European monuments such as the Eiffel Tower, Westminster Palace, as well as graffiti laden alleys and luxury Ubers. Keep a close eye on Daisy as she’s slated to continue releasing quality music over the next few months.