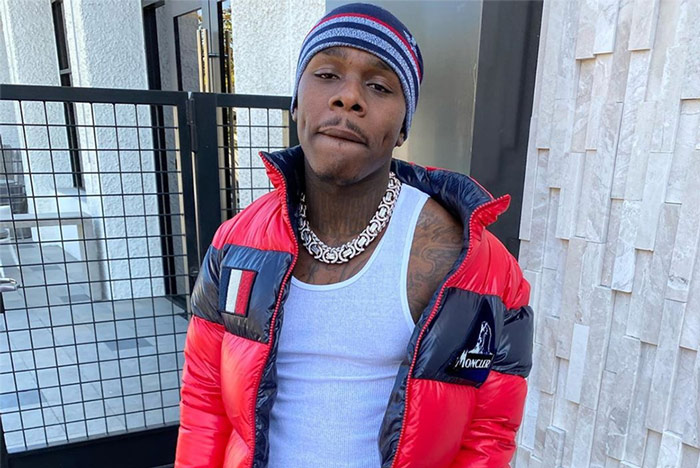 DaBaby made headlines after attacking a female fan during his recent show.

Now the woman he slapped has come forward. In an interview with TMZ, Tyronesha Laws told her side of the story and says she doesn’t buy the rapper’s insincere apology.

She explains what happened on March 7 during DaBaby’s show at Whiskey North in Tampa. She had returned from the photo booth when security told fans to move out of the way because DaBaby was coming through. That’s when the woman next to her brought out her phone and turned on the flash before reaching up.

“I’m not sure if she hit him with the phone. I know the flash was on the phone,” said Laws. “And all of a sudden he smacks me and when he smacks me, I fall down onto her and somebody else.”

After claiming that the woman first hit him with her phone, DaBaby later issued an apology and offered to fly out Laws, who was unidentified at the time, and apologize in person.

But days later, he seemed to make light of the incident by starring in a skit with comedian Michael Blackson. “He still makes a joke about it,” said Laws. “I don’t feel like he was sincere with the apology. I was embarrassed, I got people calling me, writing me on Instagram.”

Laws got emotional as she reflected on how it’s affected her life and her daughter. “My daughter wakes up in the middle of the night, crying, overhearing me on the phone with my lawyer talking about the situation. It’s hateful.”

She was hospitalized and diagnosed with a contusion to her cheekbone. Laws claims the venue did not offer her medical assistance and even resisted taking a police report.

“I demanded that I was not going to leave without a police report because of the simple fact that I had witnesses showing it, even the security that worked for the club told them that he witnessed me get slapped,” she added.

After the video went viral, DaBaby apologized for his actions. “I do sincerely apologize it was a female on the other end,” he said. “I think by this time it’s a well-known fact that male or female, I’m gonna respond the same way.”

Laws’ attorney is in contact with DaBaby’s legal team and discussions are ongoing.

UPDATE: DaBaby is denying Tyronesha Laws’ claim that she was on the receiving end of his slap. While the rapper admits to slapping someone, it may not be the woman in question. His attorney, Drew Findling, tells TMZ that the video shows DaBaby slapping someone who struck his left eye with what appears to be a phone with the flashlight on. Laws claims she was standing next to the person with the phone in his face.

Findling says his office has been contacted by multiple people claiming to be the victim, but they have yet to establish the real identity.