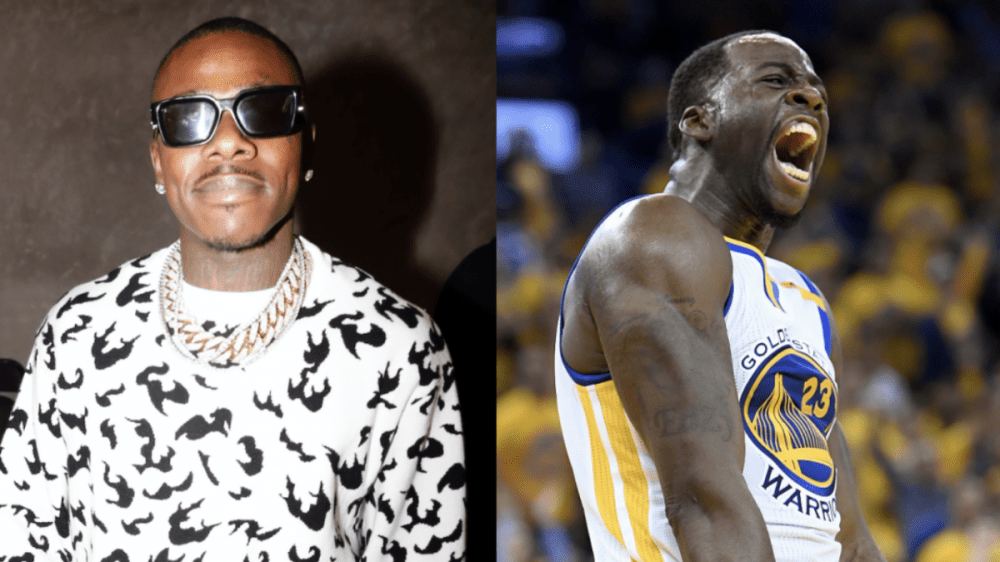 DaBaby pulled up and performed as a special guest at Golden State Warriors star Draymond Green’s wedding over the weekend.

“The Green’s went MAJOR last night! Y’all did it TOO big. Preciate y’all having me,” DaBaby captioned his Instagram post on Monday (August 15) thanking the Green family.

The clip features DaBaby rocking the mic and performing his “Suge” hit record while Draymond Green and his wife enter the fold and turn up with the rapper to get the crowd going.

DaBaby has long been a fan of the NBA and is a courtside staple at Charlotte Hornets home games throughout the season. It’s also easy to see how the animated personalities of the four-time NBA champion and Baby would complement each other.

Draymond married Hazel Greene over the weekend in an intimate star-studded ceremony. The couple met while Green hooped at Michigan State over a decade ago and have had one son together.

“We were in the same theater class and both athletes,” she told Essence. “Naturally we gravitated towards one another for group projects because we were already familiar with each other.”

In March, DaBaby was in the house to see the Nets and Hornets face-off and Brooklyn star Kyrie Irving gifted him the jersey off his back after dropping 50 points in the game.

On the music side, DaBaby returned in album mode kicking off the rollout of his forthcoming Baby On Baby 2 project with his “Waitress” single, which arrived on August 12. Fittingly, the record is filled with NBA references.

“These n-ggas barely be makin’ a play-in/I’m in the playoffs, I brought ya’ bae in/Hoe-ass n-ggas goin’ out like the Lakers, haters/Hatin’ n-gga keep lookin’, rookie/I’m pullin’ up like Booker, pussy/Put that shit on my back like a throwback,” he raps.