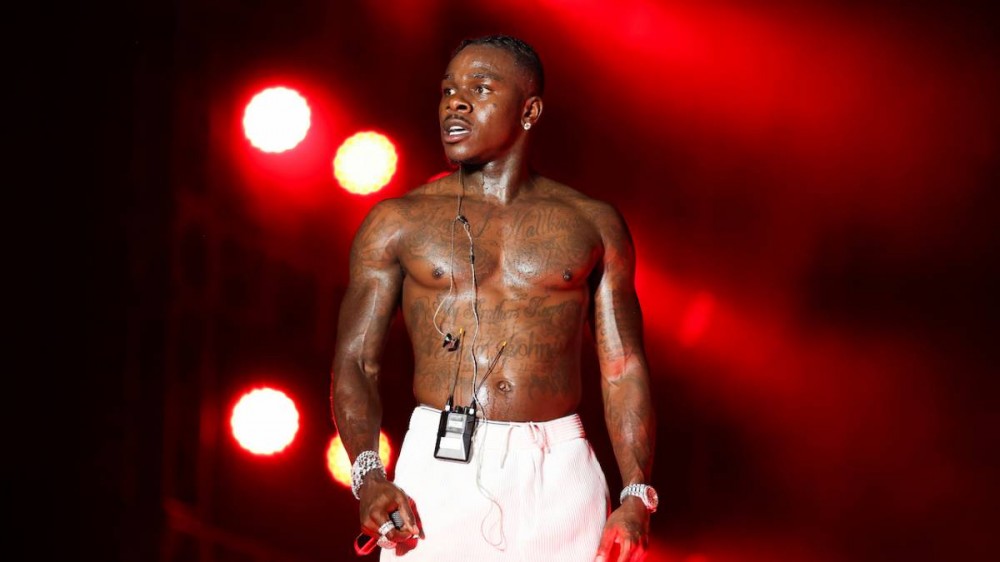 Prior to taking the stage for his set, the Charlotte native addressed the soaked crowd draped in ponchos with a pre-recorded video thanking Hot 97 for letting him remain in the festival’s lineup. He gave a few reasons explaining why he was confident taking the stage with the radio station’s support.

“Reason No. 1, they allowed me to stay up here and share my gifts and share my blessings amongst all the chaos and all of the backlash, so hats off to y’all for that. Reason No. 2, they accepted all my sincerity in all my apologies when I say I never meant to offend anybody or say anything to make anybody feel any type of way live on that stage a few weeks ago.

“Hot 97 was also willing to stick their neck on the line and willing go against all eyes and everything going on in the world and still allow me to come out on that stage and utilize their platform to help the world become a better place and not dismiss people based off mistakes like being human.”

He continued, “One thing about Baby, I come to put on a show. I come to make sure everybody in the building no matter who you is to make you leave feeling better than when you pulled up. So that’s what we gon’ do.”

DaBaby gives his thanks to @HOT97 and lists several reasons why they let him perform tonight #SummerJam pic.twitter.com/F0d4sAoWsL

DaBaby then popped out to a huge ovation from the crowd and went on to rock his headlining set. Following the performance, he posted some footage to Instagram of the rainy set and thanked Hot 97.

“NYC @hot97 SUMMER JAM Thanks for having the #LiveShowKiller Special shoutout to one of the realest women in radio [email protected] !! Aight y’all be good. #BackToWork,” he wrote.

Next up for DaBaby, he’ll be performing at Boosie Badazz’s Boosie Bash on August 28.