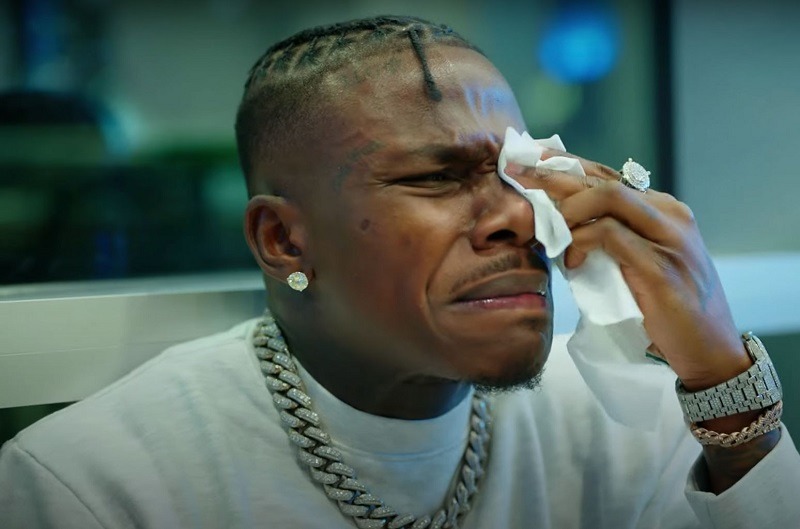 DaBaby sees on social media that he is canceled and makes it a joke in his new freestyle over BIA’s “Whole Lotta Money.”

In the release, DaBaby refers to himself as a “canceled ass” and wipes away fake tears in the video.

“Yeah, whole lotta niggas with Glocks and pistols
Whole lotta hunnids in knots, they Crip blue
Niggas think I’m somewhere cryin’ with tissues
Certified, internet or not, I’ll get with you.”

Also seen in the video is his return to a big stage at Hot 97’s Summer Jam. Before taking the Summer Jam stage, a pre-recorded message played on the stadium screen, giving thanks to Hot 97 for the opportunity.

DaBaby asked for fans to raise a cell phone light up for Hot 97 for several reasons.

“They allowed me to share my gift, share my blessing with y’all out here live on this stage amongst all the chaos and all the backlash,” DaBaby said. “So hats off to y’all for that… They accepted my sincerity and all my apologies when I said I never, ever meant to offend anybody or say anything to make anybody feel any type of way live on that stage a few weeks ago. And Hot 97 was also willing to stick they neck out on the line, willing to go against all odds with everything going on out here in the world, and still allow me to come out here on this stage and utilize they platform to help the world move forward.”

You can check out the “Whole Lotta Money” freestyle below.