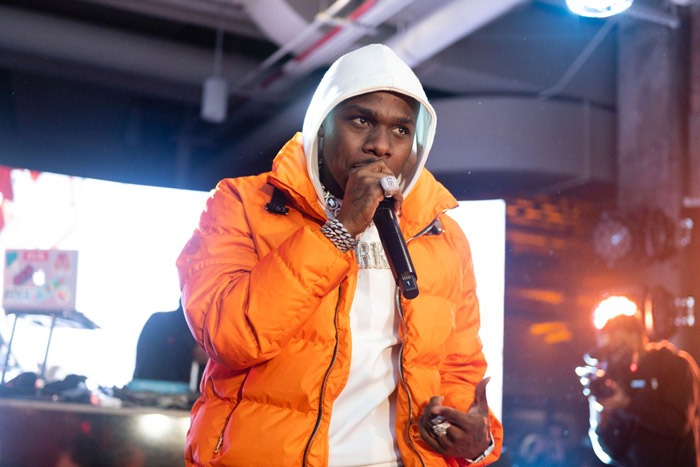 DaBaby is in more hot water after attacking a woman at a concert.

The “BOP” rapper appeared to slap a female fan as he was making his way to the stage at Whiskey North in Tampa on his “Up Close N Personal” tour on Saturday night. The woman reportedly waved a phone in his direction to get a photo before he responded by hitting her.

After the shock set in, the crowd reportedly started booing DaBaby and he and his crew left without performing a single song. Cops responded to a 911 assault call, but no arrests were made.

The footage eventually hit TMZ before DaBaby addressed the incident, claiming the woman hit him first in the eye with her phone. “I got $10,000 for whoever got a good angle of shawty hitting me in my eye with her phone,” he said on his Instagram Story.

He also threatened legal action. “Who know shawty government name so my lawyer can get active?” he wrote in another post.

But after the video went viral, he had a change of heart and apologized for his actions. “I do sincerely apologize it was a female on the other end,” he said. “I think by this time it’s a well-known fact that male or female, I’m gonna respond the same way.”

He said many people have reached out and tried to claim they are the woman he slapped, but he has yet to identify her. “I would love to make the situation better,” added DaBaby. “And remember, God got me and he got you too … You deserve respect, so respect others at all times.”

DaBaby has had his share of problems lately. He was recently accused of assaulting and robbing a club promoter in Miami and attacking a hotel employee who tried to take a picture of him with his daughter.