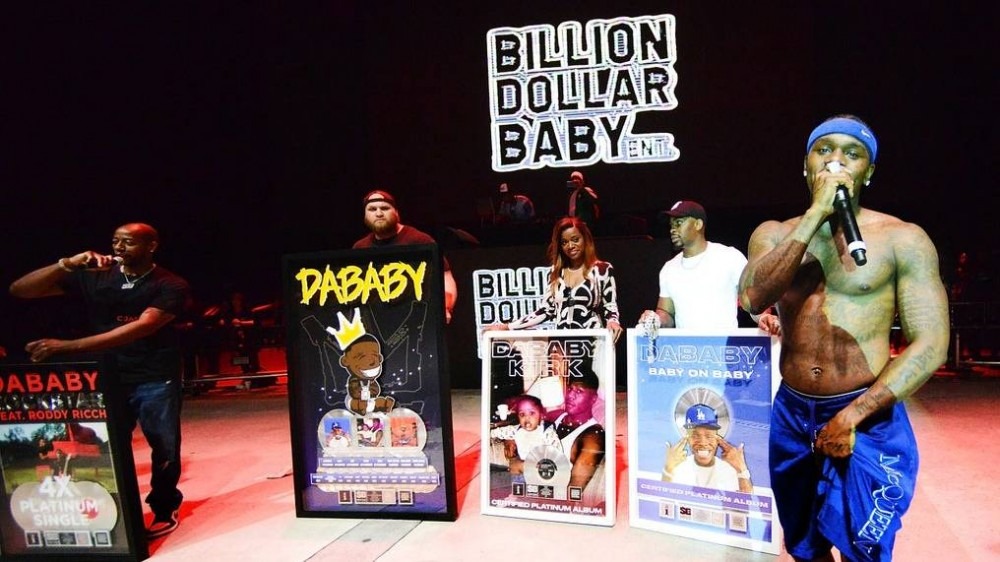 Orlando, FL – DaBaby’s dominance across the Recording Industry Association of America (RIAA) remains a force to be reckoned with.

During the apex of his set, South Coast Music Group CEO Arnold Taylor surprised the North Carolina rapper with several platinum plaques earned from his albums Baby on Baby, KIRK and Blame It on Baby.

The crew love felt from the DaBaby and Friends concert was also extended to the likes of platinum-selling producer DJ K.I.D., up-and-coming Charlotte rapper Rich Dunk, KayyKilo, Wisdom and comes on the heels of Billion Dollar Baby Entertainment-hosted job fair in efforts to put more talented outsiders into the music industry.

According to his label home of Interscope Records, DaBaby is set to drop new music in 2021, as he’s currently in the studio.

Check out some of the DaBaby and Friends concert chaos below in the meantime.