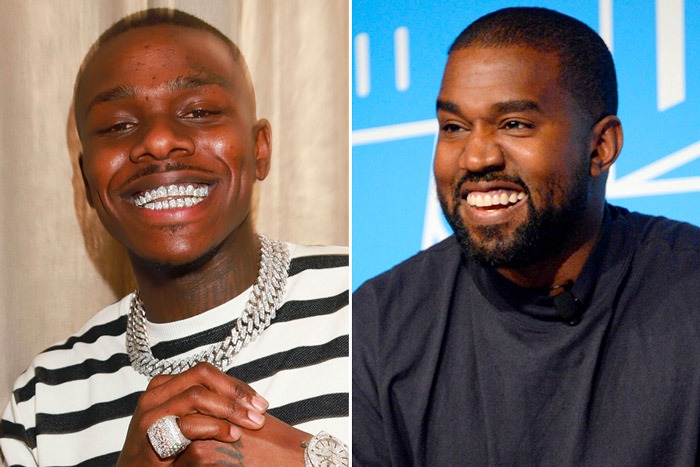 The “Rockstar” rapper is endorsing Ye’s bid for president. Taking to Twitter, DaBaby told his followers that he will be supporting the billionaire rapper’s run for the White House in November.

“Ima let y’all finish…. But you got me fucked up you think I ain’t voting for Ye,” he tweeted.

But you got me fucked up you think I ain’t voting for Ye. 🇺🇸

His endorsement was in response to a tweet from Kanye, who quoted DaBaby’s signature ad lib “Let’s gooo!”

“Warning,” wrote DaBaby. “Use the ‘let’s gooo’ adlib at your own risk. It makes you unstoppable.”

Use the “let’s gooo” adlib at your own risk. It makes you unstoppable.

Despite missing the deadline to get on the ballot in many states, Kanye continues to campaign for 2020. He has received support from his peers including 2 Chainz, Ty Dolla $ign, Nick Cannon, and Chance the Rapper.

Kanye has even designed merch to accompany his 2020 presidential campaign. Taking to Twitter, he shared images of his “Kanye 2020 Vision” T-shirt and hat, inspired by ’80s skate brand Vision Street Wear.

The New York Times recently reported that Republican activists are behind the effort to get Ye on the ballot as a third-party candidate in order to divert votes from the presumptive Democratic nominee Joe Biden. When asked by Forbes if his campaign was designed to hurt Biden, Kanye responded, “I’m not denying it.”

John Legend, however, is not in support of a West presidency. He has criticized the GOP for using his longtime collaborator as a tool to siphon votes from Biden. “Anyone reckless and/or misinformed enough to fall for the okey doke probably wasn’t voting for Biden (or voting at all),” he tweeted.

Just in case anyone needs some clarity around what’s happening here. https://t.co/6a9fQPxDu4