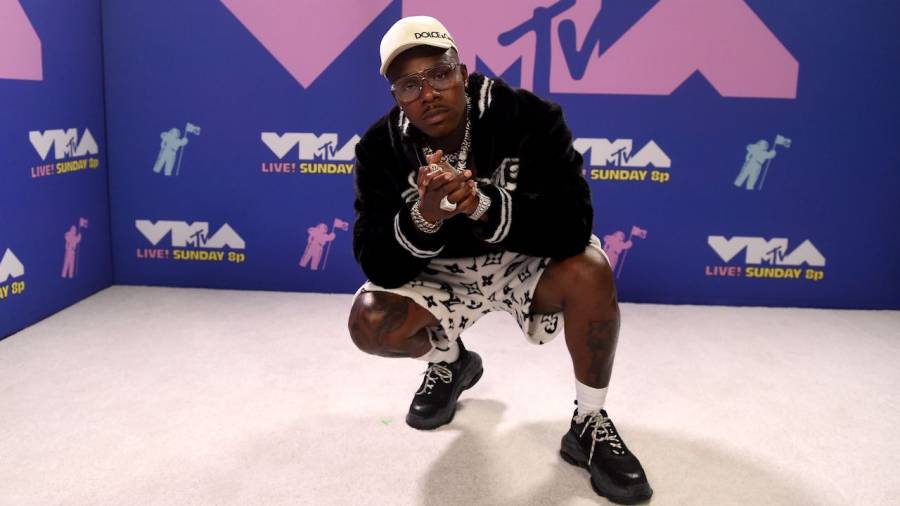 Charlotte, NC – Following the death of DaBaby’s older brother, the Charlotte, North Carolina-bred native is making his mental health a priority. Baby’s brother Glen Johnson died by suicide on Tuesday (November 3) in their family’s hometown. The “Suge” rapper is now looking to use his brother’s tragedy to help those dealing with mental health issues of their own.

“#MentalHealthAwareness,” he wrote on Twitter. .”If you can’t get over depression GET HELP, you see a loved one struggling get them help, they refuse the help, MAKE em get treated anyway.”

Baby is also planning on making time to see a therapist for himself to address the trauma he’s endured throughout his life. Baby, who lost his father in 2018, was involved in a fatal shooting at a North Carolina Walmart, which left a 19-year-old dead. He was ultimately sentenced to one year of probation.

“You suffer from PTSD take that shit serious & get help,” Baby continued. “I’m bouta get a therapist my damn self! #LongLiveG.”

#MentalHealthAwareness ❗️
If you can’t get over depression GET HELP, you see a loved one struggling get them help, they refuse the help, MAKE em get treated anyway.

You suffer from PTSD take that shit serious & get help!

I’m bouta get a therapist my damn self! #LongLiveG🖤🕊

Baby had been visiting polling stations after coordinating free transportation for voters to get around North Carolina when he heard the news. Charlotte-Mecklenburg Police responded to an alleged “assault with a deadly weapon” call on Tuesday around 1:39 p.m. local time. Johnson was rushed to a nearby hospital but was pronounced dead upon arrival as the result of his self-inflicted gunshot wound.

Johnson posted a video to social media earlier Tuesday looking emotionally distraught while brandishing a handgun and speaking about how he’d been “wronged” in the past. He’s reportedly survived by his four children.

DaBaby speaks after losing his older brother to suicide. pic.twitter.com/MroXqSGYol

Shortly after Johnson’s death, Baby posted lyrics from 2019’s KIRK “INTRO” where he opened up about his brother’s mental health struggles.

“My brother be thinkin’ that we don’t love him and let him struggle like we ain’t family/Like I won’t give up all I got to see you happy, n-gga,” he raps.