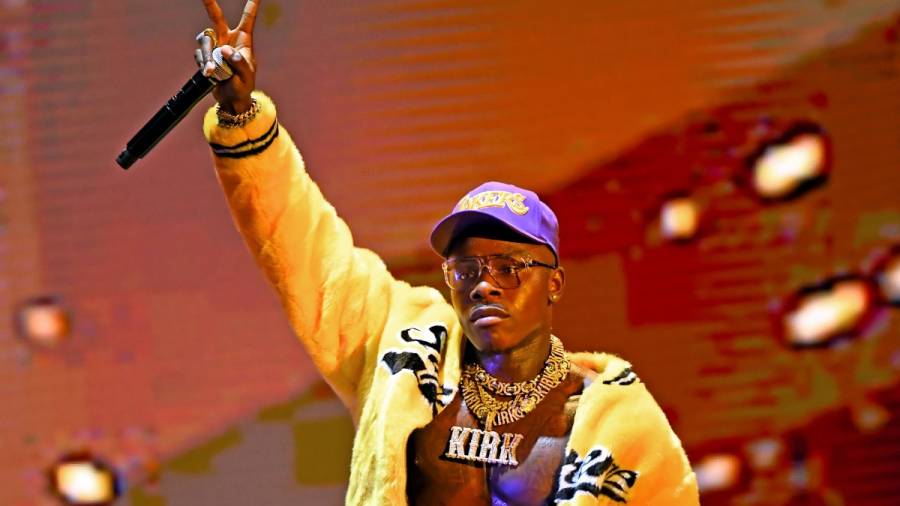 DaBaby may be the biggest name on the South Coast Music Group roster, but that doesn’t mean he’s the only one inspiring the team.

During an Instagram Live on Wednesday night (October 14), the “Bop” rapper gave fellow SCMG labelmate Blacc Zacc his flowers when he popped up in the Live’s comments telling the “rich mf” to call him.

“I’m about to call you,” he responded before directing his comments to the fans. “Blacc Zacc been rich by the way. He made me wanna get some money. He was rich before me.”

While the South Carolina native is relatively a newcomer on the music side, Zacc’s made no effort to hide his former days in the streets where he set the tone for people like DaBaby to find inspiration through his success. In 2017, he decided to start really pursuing his music career and by 2019, his fourth tape Trappin Like Zacc got Interscope Records to take notice and sign him to their imprint.

Zacc released his debut album Carolina Narco in March through SCMG and Interscope. Of course DaBaby appeared on the project, as well as Moneybagg Yo, Yo Gotti and fellow SCMG artist Stunna 4 Vegas. On Friday (October 9), Zacc released the video for the DaBaby-assisted “Bang,” where the pair played a couple of iced out football coaches.

Revisit the “Bang” video below.