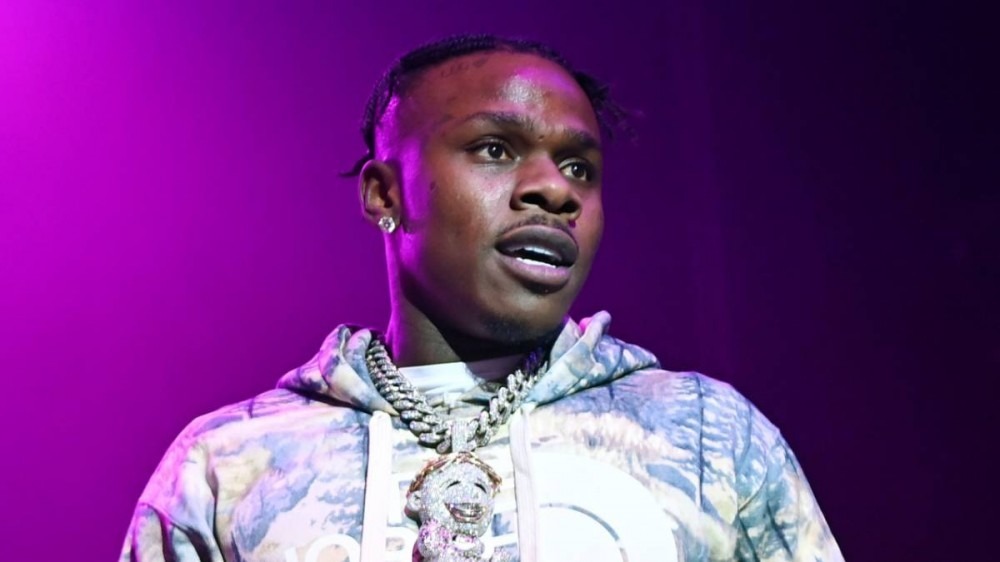 DaBaby has already weathered one controversy when he went on a perceived “homophobic rant” at Rolling Loud Miami in July 2021. But that’s not going to stop him from expressing his views — no matter how controversial they are.

In a recent interview with the Full Send Podcast, the Blame It On Baby rapper shared his thoughts on Kanye West’s failed presidential bid in 2020, saying he would’ve voted for ‘Ye because “he’s gangsta.” When asked if he supported Donald Trump, he replied, “Do I fuck with Trump? Now, hell yeah […] Trump is a gangsta. N-gga let Kodak out.”

Of course, DaBaby is referring to Kodak Black’s prison commutation last year. As one of Trump’s last acts in the Oval Office, he pardoned both Kodak and Lil Wayne.

According to the Federal Bureau of Prisons website, the Bill Israel rapper was released on January 20, 2021, less than 24 hours after Trump announced his hefty list of pardons and commutations. The 23-year-old Florida native was in the middle of a 46-month sentence after being convicted of a federal weapons charge in 2019.

Kodak Black has maintained his loyalty to Trump ever since. Not long after Joe Biden was sworn in as the 46th President of the United States, Kodak sent a tweet to Trump’s now-suspended Twitter account and thanked him for the second chance.

“I Want To Thank The President @RealDonaldTrump For His Commitment To Justice Reform And Shortening My Sentence,” he wrote at the time. “I Also Want To Thank Everyone For Their Support And Love. It Means More Than You Will Ever Know. I Want To Continue Giving Back, Learning And Growing. @DanScavino.”