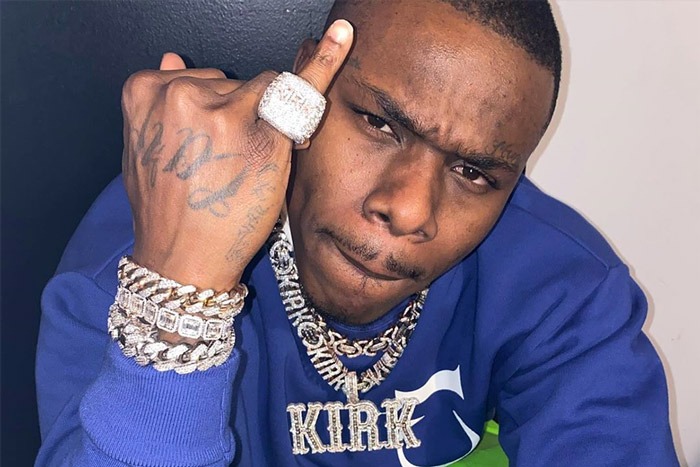 DaBaby is a free man.

DaBaby, whose real name is Jonathan Kirk, was arrested by Miami police on Thursday after he and members of his entourage allegedly robbed and attacked a concert promoter who reportedly shortchanged DaBaby on his payment.

According to TMZ, DaBaby was reportedly owed $30,000 for a performance at Cafe Iguana Pines, but the promoter showed up with only $20,000. After counting the money, DaBaby’s crew allegedly beat and robbed the man of an iPhone 7, $80, and a credit card before dousing him with apple juice.

Upon his arrest, authorities discovered there was a warrant out for his arrest in Texas for organized criminal activity following a fight at the Dallas/Fort Worth International Airport where a food stand worker was attacked. The charges in that case were later dropped, but it’s unclear why.

#UPDATE – Rapper DaBaby has been released from jail after he was arrested for allegedly punching a man and having his entourage attack the other. He is expected in court on Tuesday. https://t.co/kRgjCl2hgp

DaBaby was charged with battery in connection to the robbery investigation. He is set to appear in court on Tuesday.

Meanwhile, he is wasting no time getting back to work. Just hours after his release, DaBaby posted a photo of a recording mic on Instagram Stories.

The 28-year-old rapper is nominated for Best Rap Performance and Best Rap Song at the Grammy Awards on Jan. 26. He is also set to perform in Miami during the Bud Light Super Bowl Music Fest on Jan. 30.