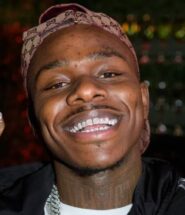 DaBaby is back to let everyone know who he thinks is the best rapper alive in 2021 — and it’s still himself in his eyes. The Charlotte native took to Instagram early Thursday (February 18) to unleash a blazing freestyle over SpotemGottem’s viral “Beat Box.”

SpotemGottem’s breakthrough single has blown up thanks to the June Bug challenge becoming a trending dance on TikTok. “Beat Box” reached a new peak of No. 53 on the Hot 100 this week.

“Shout out to Spotem We got em/Even though he a rapper he shot em/I’m too pretty I get the smile from my mama/Got this voice from my daddy and I learned how to pimp on them hoes from my uncle/Let her suck on my toes because she nasty,” he raps.

Lil Baby was impressed with DaBaby’s rhymes and chimed in on his comment section, “I’m saying that’s how you feel this morning? Who pissed you off?”

Baby declared he and Lil Wayne to be the “best rappers alive” at the top of 2021 when the duo linked up at Weezy’s Miami studio.

Since Baby’s a fan of the SpotemGottem track, maybe he’ll give the Jacksonville rapper a break on his hefty feature price of $300,000. The “Suge” rapper shared his new rate and just two years ago the Grammy-nominated rhymer only charged $5,000 per feature.

Baby originally referenced his $5,000 feature fee during an early 2019 freestyle over Flipp Dinero’s “Leave Me Alone.” By September 2019, Baby revealed his feature price went up to “at least” six figures.