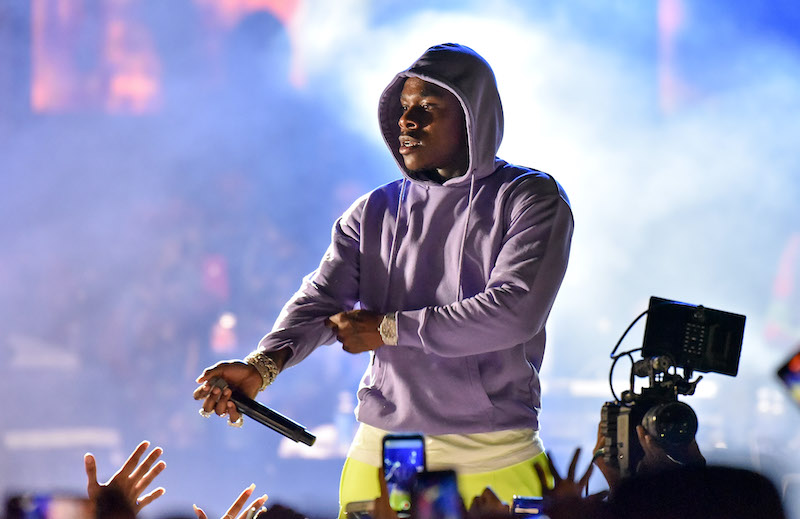 DaBaby dropped off his new album Baby On Baby 2 overnight. Fans who listened immediately gravitated to the single “Boogeyman,” in which the rapper blasts Megan Thee Stallion, stating they had sex before she was allegedly by Tory Lanez and going to diss Pardison Fontaine.

The relationship between Megan Thee Stallion and DaBaby came to a crashing close in 2021 when DaBaby worked with Tory Lanez for a new collaboration “SKAT.”

From there DaBaby and Hot Girl Meg’s boyfriend Pardison Fontaine had an exchange on social media. The fallout also included Megan Thee Stallion exiting the stage during a performance with DJ Khaled to not be around DaBaby.

At one of last year’s Rolling Loud events, Megan performed before DaBaby and once the “Suge” rapper hit the stage, he brought out Tory Lanez. Following that moment, he would go on to perform one of his biggest hits with Thee Stallion, “Cash Shit.”