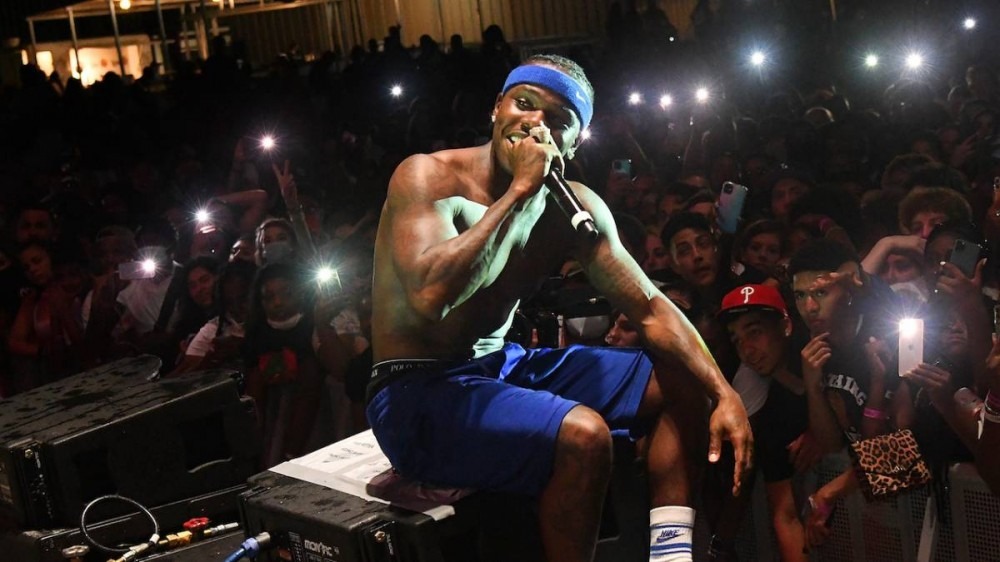 DaBaby spent part of his Mother’s Day weekend proving he was a more than involved parent.

The North Carolina rapper made sure he was visible at birthday parties for both of his daughters, gifting his oldest daughter a rainbow puppy while a crowd sang happy birthday around them and draping his youngest daughter in a KIRK chain.

The moves come as rumors continue to persist he has yet another baby on the way, this time with former flame DaniLeigh. Although Dani has yet to confirm if she’s with child, fans sparked rumors not long after the pair broke up in February.

The ability for DaBaby to shower his baby girls with presents comes mostly from his hustle. Since his breakthrough 2018 with “Suge” and Baby On Baby, the Interscope rapper has piled up platinum plaques and certifications from the Recording Industry Association of America.

During a concert in Florida last month, South Coast Music Group CEO Arnold Taylor surprised DaBaby with plaques for singles such as “Rockstar” as well as platinum certifications for his three major albums including Baby On Baby, KIRK and Blame It On Baby.