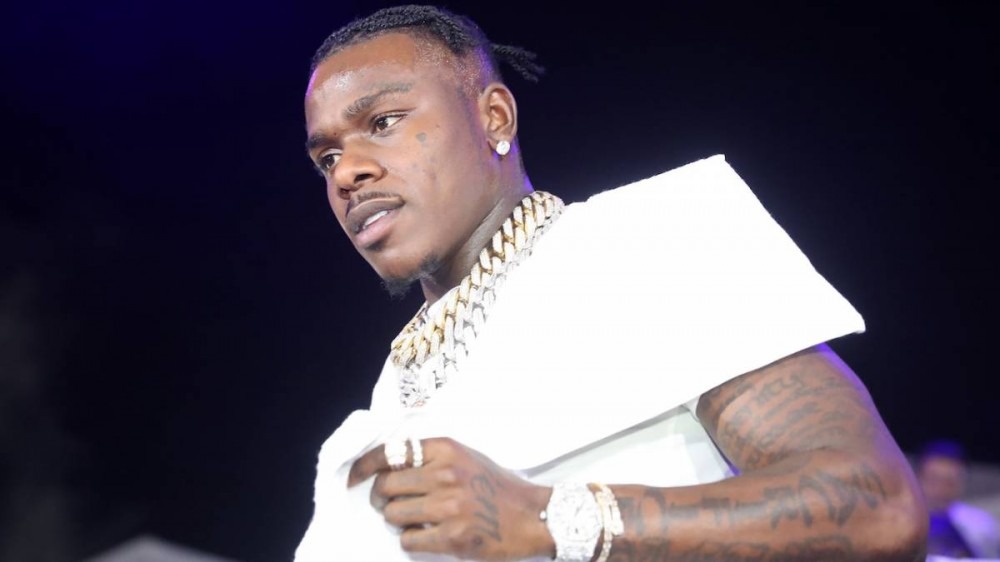 San Bernardino, CA – DaBaby received a less than warm welcome when he stepped on stage during the final day of Rolling Loud California.

On Sunday (December 12), the controversial rapper hit the Ciroc stage as a surprise performer and immediately upset fans who were instead expecting Future based on the festival’s schedule. Baby, who was originally scheduled to perform on the Power 106 stage, had reportedly been swapped with Future, but it seems the Rolling Loud organizers didn’t let the audience know about the switch until it was too late.

DaBaby’s appearance was met with boos and garbage being hurled on stage. A video of the incident captured DaBaby with his hand up yelling, “On the count of three say ‘cancel who?’” hoping to initiate a call and response moment with the audience. Instead, he got a few responses and a drink thrown at him.

As the Blame It On Baby rapper dove into his hit “Rockstar,” more trash can be seen soaring toward him in the video.

Future did ultimately end up performing at Rolling Loud on Sunday night, and he had probably the biggest surprise of the weekend when he brought out Kanye West. Ye performed five songs that included “Can’t Tell Me Nothing,” “Praise God” and “Father Stretch My Hands.”

Despite the pushback DaBaby has received since his anti-gay rant during Rolling Loud Miami in July, the 29-year-old is currently in the throes of a sprawling North American Tour. The Live Show Killa Tour kicked off in Atlanta on December 4 and is currently backed by Rolling Loud.

“Rolling Loud supports second chances and we believe DaBaby has grown and learned from his experience,” a statement from the festival read. “Everyone is welcome and we look forward to DaBaby’s fans seeing him live.”