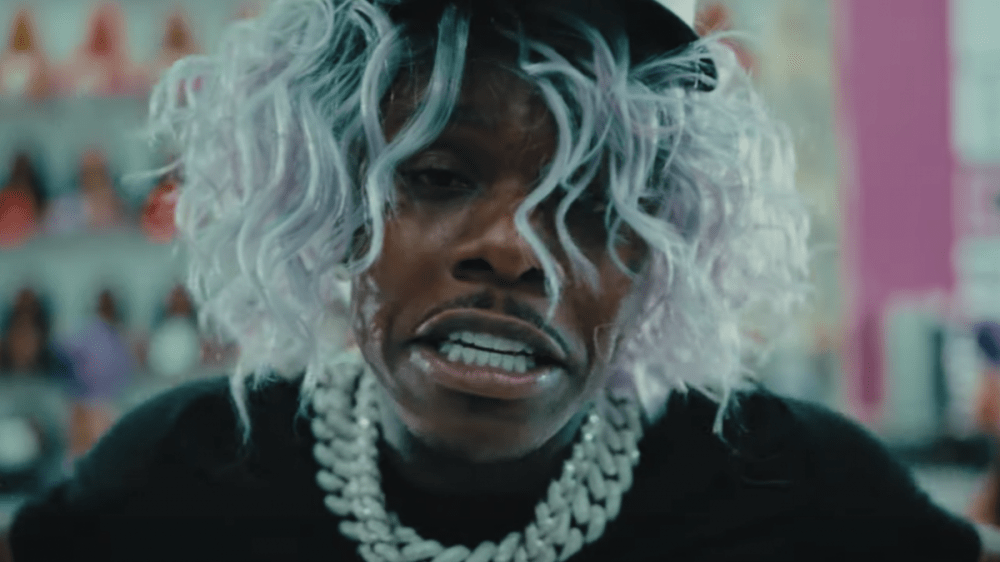 DaBaby is putting the myriad of controversies following him to the side and getting back to focusing on his music. The Charlotte native returned on Wednesday (May 11) with a pair of hair care tracks in the Moneybaggyo-assisted “Wig” and “Bonnet” featuring Pooh Shiesty.

Baby reunites with frequent collaborator Reel Goats behind the lens to direct the Wig visual, which arrived on Thursday (May 12). The clip takes place at The Beauty Depot and centers around women camping out in tents on a Sunday waiting for the store to open its doors for the Summer Wig Sale.

The “BOP” rhymer hops out of a tent and tries on a few different wigs throughout the visual as he evades the hectic rush inside the store.

“Yеah, you prolly young and turnt, make the hoes go crazy/Don’t focus on thе long run, baby/Fuck on them hoes, make sure they turnt at your shows/Go get your cake, make sure you turn up some more/Soon as you see them fuck n-ggas hate/Pull out your fire, rather you leave out dead or alive,” Baby raps in a more uptempo flow than usual.

Moneybagg Yo pulls up playing the role of the delivery driver with hundreds of wigs inside his truck. He uses his cameo to let other rappers know when they pull up to Memphis they better check-in.

Big Speaker and DaBaby have collaborated a few times in the past on tracks like the “Said Sum (Remix,” “TOES,” and “Protect Da Brand.”

Baby looks to be in album mode while using the two-pack to heat up the streets and set his rollout in motion, with the album on tap for later this year.