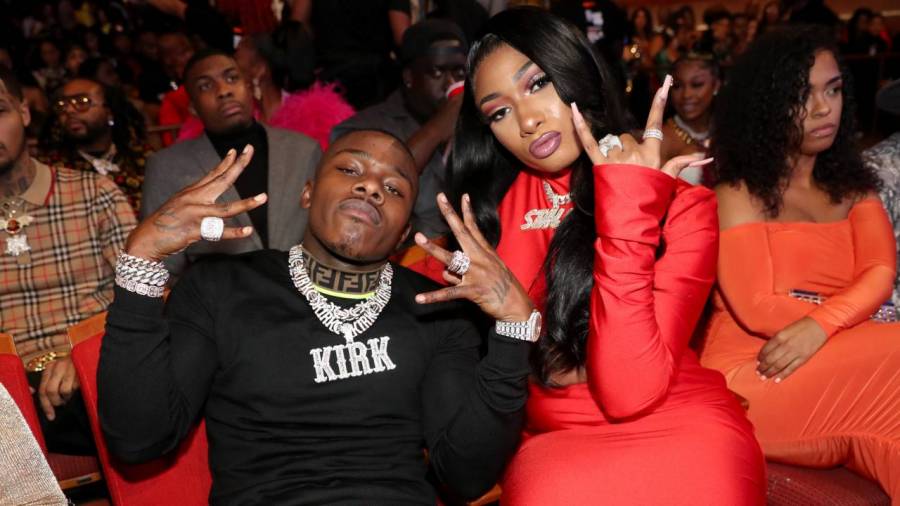 The nominations for the 2021 BET Awards are here and the list represents some of the best in Hip Hop and R&B over the last year.

On Thursday (May 27), BET revealed the nominations with DaBaby and Megan Thee Stallion leading the way with seven nominations each. This years show will be one of the few ceremonies to be held with a vaccinated in-person audience.

Megan was nominated for Best Female Hip Hop Artist, Video of the Year for “WAP,” Album of the Year for Good News, two Viewer’s Choice Award nods and Best Collaboration for her pairing with DaBaby on “Cry Baby” and Cardi B on “WAP.”

DaBaby is in the running for Best Male Hip Hop Artist, Album of the Year for Blame It On Baby, Viewer’s Choice Award, and four Best Collaboration nominations for his features alongside Roddy Ricch on “Rockstar,” Megan Thee Stallion on “Cry Baby,” Pop Smoke and Lil Baby on “For The Night” and Jack Harlow, Tory Lanez and Lil Wayne on “WHATS POPPIN (Remix).”

“We are back and excited to bring culture’s biggest night, the 2021 ‘BET Awards,’ safely back to Los Angeles to celebrate this year’s incredible roster of nominees,” Connie Orlando, EVP Specials, Music Programming & Music Strategy said in a statement. “We broke ground as one of the first official award shows to move forward during the global pandemic and we are ready to take our pioneer status to the next level with the return of an audience to celebrate the best and brightest creative minds in the entertainment industry.”

Coi Leray snagged herself nods for Best New Artist and Best Female Hip Hop Artist but there was one person who wasn’t happy with the nominations. Yung Bleu took to Instagram to voice his frustrations but Coi Leray wasn’t having any of it.

“I’m one of the 6 songs that went platinum this year,” Leray tweeted. “Don’t tell me I shouldn’t make shitttt.”

I’m one of the 6 songs that went platinum this year. Don’t tell me I shouldn’t make shitttt

The BET Awards honors Black excellence across music, television, film and sports in 21 different categories. The BET Awards 2021 will air live on Sunday, June 27 on BET at 8 p.m. ET/PT.