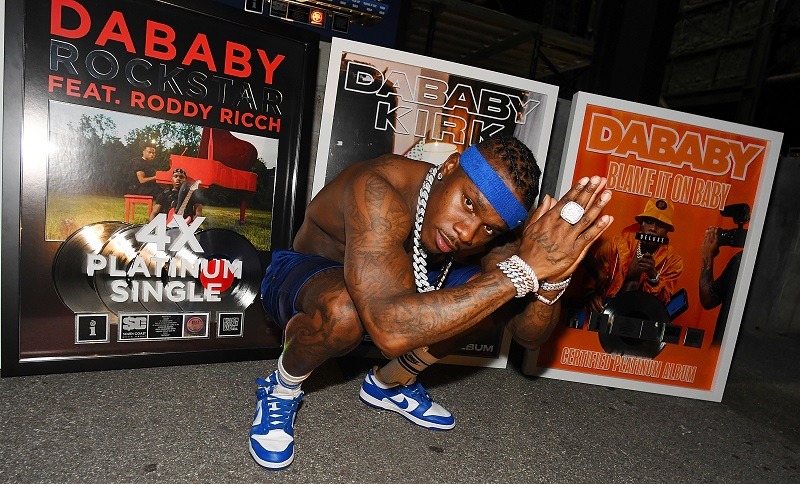 DaBaby was scheduled for a slew of live shows this summer before a homophobic rant at Rolling Loud led to the cancellation of many bookings. On Sunday, DaBaby made his return to a big stage performing at Hot 97’s Summer Jam at MetLife Stadium.

Before taking the stage, a pre-recorded message played on the stadium screen giving thanks to Hot 97 for the opportunity.

DaBaby asked for fans to raise a cell phone light up for Hot 97 for several reasons.

“They allowed me to share my gift, share my blessing with y’all out here live on this stage amongst all the chaos and all the backlash,” DaBaby said. “So hats off to y’all for that… They accepted my sincerity and all my apologies when I said I never, ever meant to offend anybody or say anything to make anybody feel any type of way live on that stage a few weeks ago. And Hot 97 was also willing to stick they neck out on the line, willing to go against all odds with everything going on out here in the world, and still allow me to come out here on this stage and utilize they platform to help the world move forward.”

The apology would appear to be short-lived as he used the controversial topic to segway in and out of his single with Megan Thee Stallion, “Cry Baby.”

“Other than the people that, you know, was truly offended, I feel like the rest of y’all motherfuckers being cry babies,” DaBaby said.