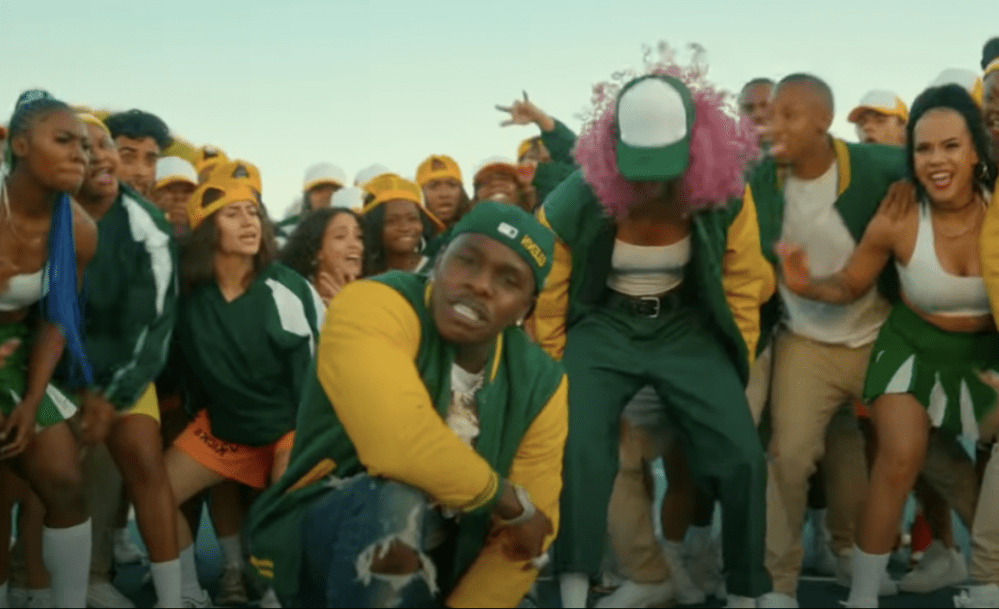 DaBaby is heating up ahead of his new album which is expected to arrive in July. The Charlotte native delivered another hard-hitting single and accompanying visual on Friday (June 18) titled “BALL IF I WANT TO.”

Produced by D.A. Got That Dope, Baby rides the distorted production to deliver a pair of raunchy verses with a rapid-fire flow on the sub-two-minute track.

Baby is a rule-breaker and he isn’t going to stand down for anyone. As for the visual, which is self-directed by DaBaby, the 29-year-old is the life of the party at his high school. He turns a normal day at school into a riotous pep rally. Behind his raps, viewers will find twerking cheerleaders and a mascot with smooth dance moves.

In an April interview with Billboard, DaBaby revealed his fourth studio album since 2019 will be dropping in July.

“I’m like, ‘F— it.’ It’s been like that from day one,” he said. “We just been going against the grain, and that’s something that I’m used to doing.”

It’s almost as if every rapper looks for a verse to add some DaBaby flavor to their album with a guest verse. Last week, he hopped on Polo G’s Hall of Fame as the duo joined forces for “Party Lyfe.” They connected for a mansion house party for the music video on Wednesday (June 16) too.

Watch the “BALL IF I WANT TO” video above.